End of an era for officer training at Bexley North 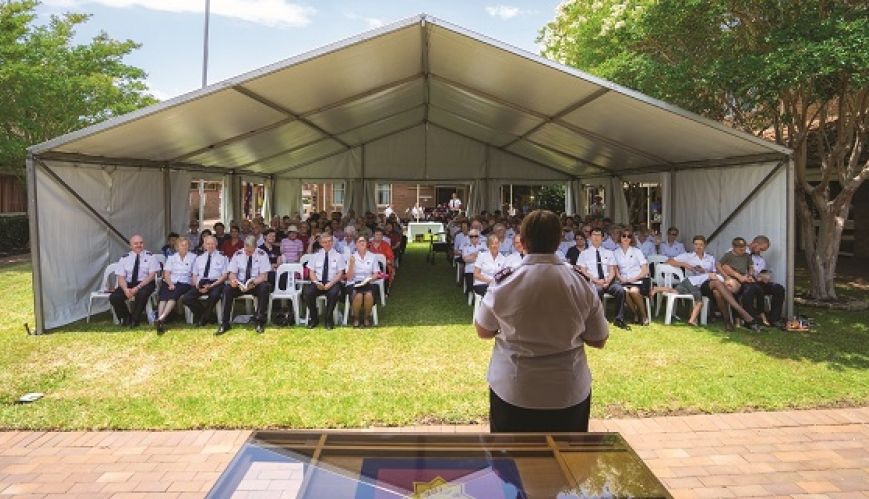 End of an era for officer training at Bexley North

A celebration service has been held at The Salvation Army's Eva Burrows College in Bexley North to mark the end of officer training in Sydney. Photo: Lena Pobjie

A celebration has been held at Eva Burrows College in Sydney’s Bexley North to mark the end of Salvation Army officer training at the site.

Little more than 10 years later, however, the Great Depression forced the amalgamation of training again, with Eastern Territory cadets travelling to Melbourne for training for a number of years.

Former Training College Principal and retired officer, Commissioner Ian Cutmore was instrumental in the relocation of the Australia Eastern Territory Training College to a new site in 1980, due to difficulties being faced with the Petersham building.

“The old part of the building began to leak badly in wet weather, the electrical wiring was old, inadequate and unsafe,” he said in a video prepared for the celebration. “The building itself was decaying and the three-and-a-half-acre site had become crowded.”

The college was relocated to the site of a former Salvation Army boys home in Bexley North and was officially opened in 1980.

“All this happened nearly 40 years ago. You might ask if people back then had reservations about the change? Of course they did. Change is seldom easy ... but these buildings do not exist for themselves.

"They are intended for those who have felt the ‘grip of God’ on their lives and plan to invest themselves in a holy and sacred ministry. It won’t really matter where they work and study just so long as they truly pursue and discover for themselves what is often called the ‘spirit of the Army’, which in its perfect form is really the spirit of Jesus.”

During the celebration, held Saturday 15th December, a video featuring former college students and staff sharing their memories was played. Retired Major Gweneth Woodbury shared about her training college days in the old Petersham building: "It was strict. We had to be in bed at a certain time and lights out at a certain time at night... They were strict about the length of the uniform and they were all measured. But we didn't seem to mind so much. There was a distinction between the men and the women and the other time we really came together was for combined lectures.

"There was a beautiful comraderie." 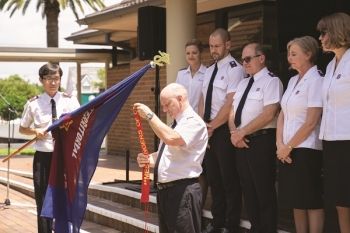 Marking the end of officer training in Sydney.

Lieutenant-Colonel Jan Cairns was part of the God's Soldiers session of cadets - the first two-year session to train at the new college in Bexley North. "It was an exciting time, it was a challenging time. We moved into this campus when it wasn't quite finished ready for the opening so we had lots of extra work sections to do!"

Ten years later, she and her husband, Phil, were appointed back at the college as Training Officer an Education Officer. "I enjoyed pastorally supporting cadets," she said on the video.

In 2004 the couple were appointed again to the campus, Phil as Principal of COFE and then Booth College and Jan as Personnel Officer and Spiritual Formation Officer. "Spiritual fomration had always been an intregal part of training... but it wasn't articulated in a formal program," Jan said on the video. "It was very exciting initiating something new... and to see it in action was very fulfilling for me."

One of the latest cadets to graduate from the Bexley North College also spoke on the video. Lieutenant Paul Anastasio said his years of training were both challenging and exciting: "For me I really enjoyed the community of the college, not just the studies. You are different people on different journeys but you have this common foundation."

All new residential cadets began their training at the national Eva Burrows Officer Training College in Melbourne from 2018.

With the commissioning of the Messengers of Compassion and Messengers of the Gospel cadets in December, the Australia Eastern Territory Officer Training College closed its doors.

The Bexley North site is still home to other Eva Burrows College courses and the Heritage Centre.