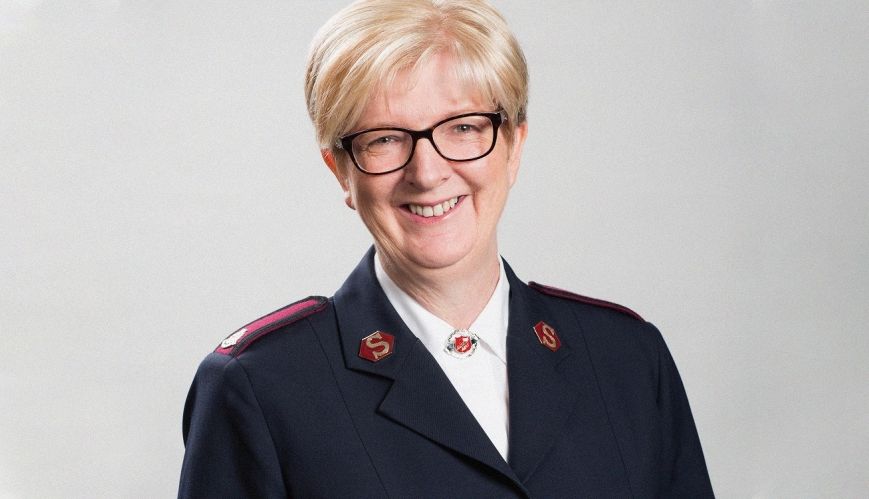 Major Christine Faragher (above) will undertake research, supported by The Salvation Army and the University of Divinity, that will contribute to a PhD.

For the first time, The Salvation Army in Australia has appointed a full-time researcher into gender equity, to be based at Eva Burrows College. Major Christine Faragher took up this appointment on 9 January.

The role (Researcher-Gender Equity) is an initiative being jointly supported by The Salvation Army and the University of Divinity – of which Eva Burrows College is a recognised college.

“Both the university and The Salvation Army want to see higher level research in this area, so there is good support from both institutions,” said Major Faragher, who has already completed research for a Master’s thesis on the spirituality of The Salvation Army.

“I have been shaped by study in the Arts, Theology, Spiritual Direction, and Supervision so I come to this research with a solid foundation across a number of streams.”

The topic of Major Faragher’s research will contribute to a PhD.

“The focus of the PhD, which is yet to be determined, will give the research shape,” explained Major Faragher.

“It will be worked out with both my academic supervisors at the university, and in consultation with The Salvation Army’s Gender Equity Committee, headed by Colonel Julie Campbell.

“The primary starting point is likely to be the experience of women officers. This will not just be an academic exercise but an in-depth look at what we’re focusing on as an organisation in gender equity, with the expectation that the research will have practical outcomes in terms of informing thinking, strategies, policy and direction going forward.

“We will also be addressing what has happened in the past, cultural and systemic issues and both the national and international Salvation Army contexts.

“The key now is to refine the PhD. topic, which will continue to be refined as research and discussions continue, into something that is mutually beneficial.”

Colonel Julie Campbell, National Gender Equity Advocate, said that it will be of great benefit to have some formalised research and information in this area, both nationally and internationally, after years of discussions and exploration of the topic.

“It’s a great milestone to think that, after all our work to determine the best way forward, and to identify the issues that have prevented women flourishing in their appointments, that we can be consulted in this research and that the issues we’ve raised will be highlighted and taken into consideration.

“This is an investment for generations to come and will help form and provide greater opportunities for all women in the future.”

Major Faragher, who has been a Salvation Army officer for 36 years, has always had a passion for gender equity. She was also one of the first officers in Australia to have a separate appointment to that of her husband – in 1992 she was appointed to the editorial department in the then-Southern Territory while her husband, Major Graeme Faragher, was appointed to the training college.