SAES teams assist in bushfire zones around the country 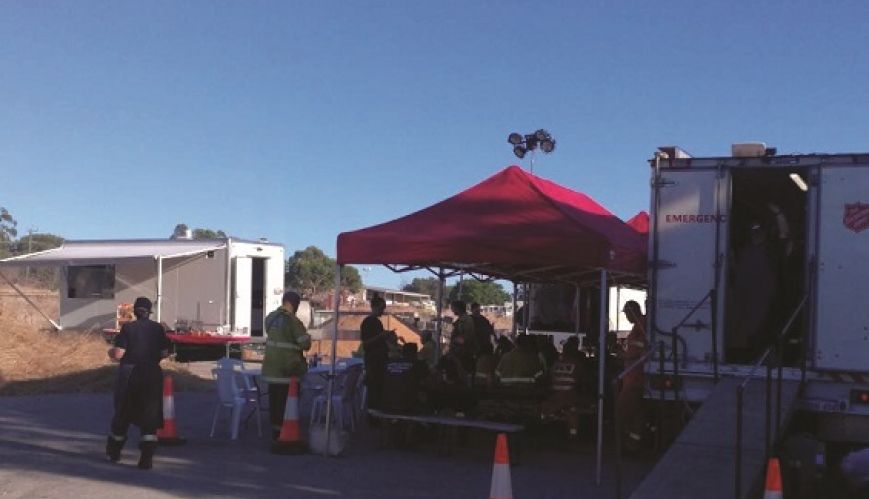 SAES teams assist in bushfire zones around the country

Salvation Army Emergency Services crews in Western Australia at the scene of a serious bushfire in Jandabup.

As most of Australia sweltered through heatwave conditions last week – which are set to continue in many places this week – vast and destructive bushfires began burning in different locations around the country.

The Salvation Army Emergency Services (SAES) teams have been in active service or on standby in many locations, providing meals, bedding, accommodation and a range of other needs both to those fighting fires and those directly impacted by them.

These teams will continue to serve as long as there are immediate needs to be met, and in the days, weeks and months as follow-up is required.

Below is an overview of just some of the ways, and places, where SAES teams are in action: 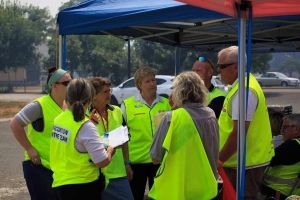 As fires burned around the state last week, and even prior to that, The Salvation Army was on standby to support the community as requested by local councils or the relevant Regional Social Recovery Coordinator.

SAES teams are providing meals in the north of the state for 65 emergency personnel each day.

In the Derwent Valley west of Hobart, and the Huon Valley south of Tasmania’s capital, SAES teams have been providing meals to first responders fighting the fires, as well as those in the community impacted by the fierce and spreading blaze. 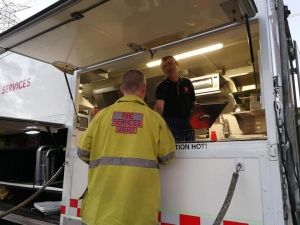 SAES teams in Western Australia have had a busy summer.

In Western Australia, SAES crews have had a summer providing assistance to a number of missing persons searches and at bushfires.

Last week, crews assisted at a large bushfire in Jandabup, north-west of Perth, that was threatening homes. Crews worked throughout the night, providing food, snacks and a listening ear to more than 150 people affected.

They also provided meals to volunteer firefighters battling a blaze at Mandogalup, in Perth’s south. New Year’s Day saw the crews activated at Darlington, west of Perth, where a large fire was burning. 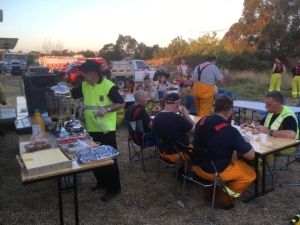 SAES crews supported fire-fighters at a housefire in Victoria.

Victorian SAES crews helped to set up bedding at the Buchan Community Hall in the Bairnsdale area, eastern Victoria, which provided overnight accommodation for evacuees from the vicinity of a serious bushfire.

Earlier in the month, crews provided a meal for a number of firefighters at a significant housefire in Doreen, outer Melbourne.

Others will continue to report on the work of the SAES teams throughout the work as the fire situations develop and news is available.