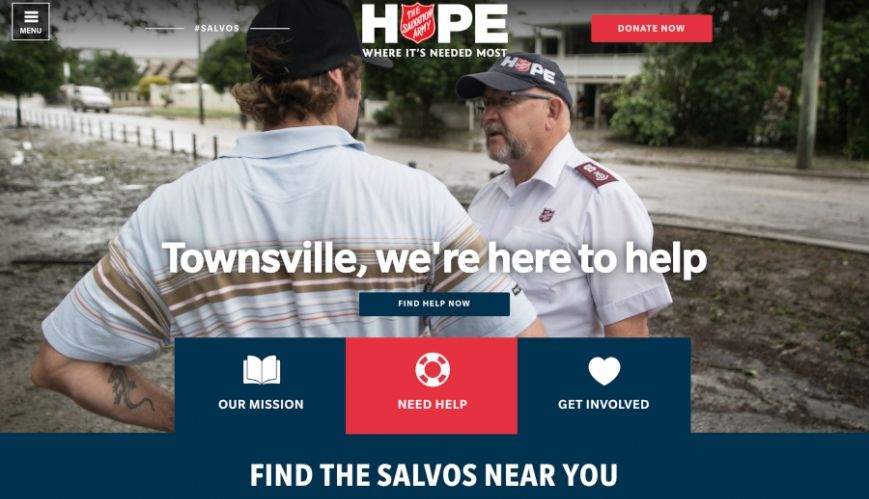 The Salvation Army has launched a national website, as part of the launch of the new Australia Territory.

The Salvation Army’s new national website for the Australia Territory was launched today, another milestone in becoming a single territory.

The website – www.salvationarmy.org.au –brings together the Australian Eastern Territory and Southern Territory websites into a single public platform.

“The national website signifies that we now operate as one Australia Territory,” said Neil Venables, Secretary for Communications. “And it demonstrates that we have one united voice with an aligned vision to transform Australia one life at a time with the love of Jesus.”

“Now with just one national website there’s no duplication and resources can be better allocated, including developing and enhancing The Salvation Army’s overall web presence,” he said.

Anyone who accesses the old AUE and AUS sites will automatically be redirected to the new site. Bookmarked links will also redirect to the appropriate page in the new website.