SAES teams on the scene at emergencies nationwide 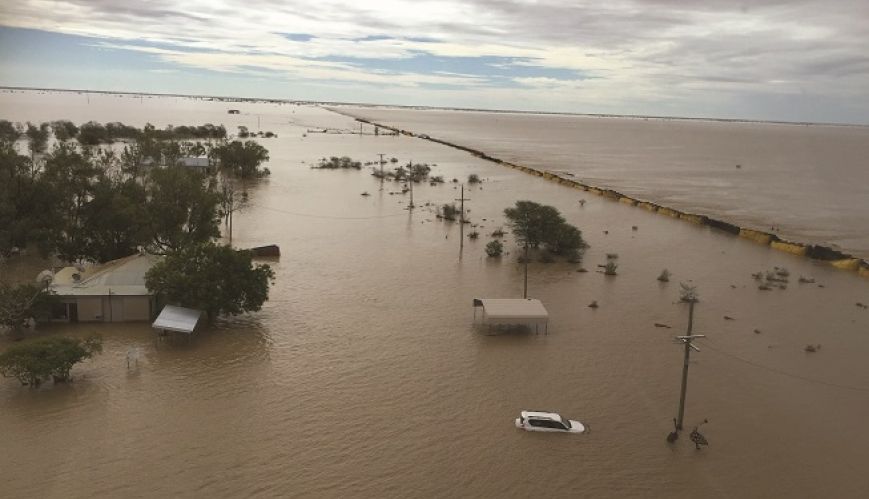 SAES teams on the scene at emergencies nationwide

The teams assisted hundreds of local residents with immediate financial support through supermarket, EFTPOS and universal gift cards. They also provided a listening ear, emotional support and encouragement to people impacted by the floods.

Lieutenant Chris Ford, Gladstone Corps Officer, said the team gave dignity to residents who were struggling. “We’re advocating for those who’ve gone through trauma, and for those who have to deal with this on top of other life situations that are ongoing,” he said.

Captain Wes Bust, Fassifern Corps Officer, shared that one local man who with his partner just wanted the resources to buy formula for their baby, was in shock at what The Salvation Army was giving them, while another lady, extremely distressed, gradually shared her story that was “dripping with injustice”.

“This is where hardship was today,” said Captain Bust. “It’s a privilege for us to walk alongside these people.”

Recovery work will continue into the months ahead.

The Salvation Army Red Shield Defence Services representatives at Townsville’s Lavarack Barracks served in the evacuation centres on base, supported Australian Defence Force personnel assisting in the local community as the floods hit, and worked with them during the hot, muddy and messy cleanup operations.

In far north-west Queensland, farmers are facing massive stock losses from floods resulting from the monsoonal event, as well as continuing drought.

“There is one property I’ve heard of where one side is completely flooded and the other side is still in drought,” said Lieutenant Simon Steele, The Salvation Army’s Outback Flying Service Chaplain.

Lieutenants Simon and Natalie Steele say one of the biggest concerns is the emotional and psychologist impact a disaster of this magnitude will have on farmers, most of whom had been struggling with drought for many years prior to this.

"We will start visitations very soon, as soon as it's safe enough to land on properties," says Lieutenant Simon. "The Salvation Army Outback Flying Service chaplains will stand alongside property owners as they come to terms with the massive task of burying dead cattle, applying for assistance and coming to terms with the impact of the disaster."

The Steeles are urging Salvationists, and all Australians, to keep the people of Far North Queensland in their thoughts and prayers. 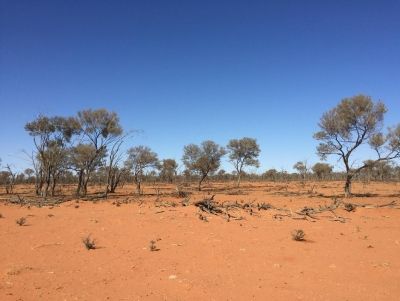 In south-west Queensland, some rain before Christmas provided some temporary relief, but the far west received almost nothing.

According to Major Mark Bulow, South Queensland Flying Service and Rural Chaplaincy, conditions are disastrous, with more than 90 per cent of the region facing another winter without grass, expensive and hard-to-source hay, and going into “the great unknown”.

“People out here are eternal optimists, but sadly, there are many now thinking that they just can’t do this anymore,” said Major Bulow.

In other parts of the country, SAES teams were busy responding to bushfires and other emergencies.

Large-scale bushfires in Tasmania had been burning since late January, with SAES teams and volunteers coordinating evacuation centres and serving hundreds of meals in both Huonville in state’s south, and in the Derwent Valley, west of Hobart.

In Victoria, SAES teams responded to bushfire call-outs and at an apartment fire at a high-rise building in Melbourne, providing urgently needed supplies to more than 200 affected families.

Western Australia SAES volunteers were at the scene of a missing persons search at Midlands, north-west Perth, providing meals to police and State Emergency Services volunteers.

The SAES team at Casino Corps in northern NSW was called to respond to a bushfire that ripped through Tabulam, forcing residents to evacuate from their homes. The SAES team from Casino serving refreshments at the evacuation centre.

“We went out to the evacuation centre at Mummulgum to serve coffee and tea and cakes and to support the people from the local mission where the fire had swept through,” said Casino Corps Officer, Lieut Natarsha Laundon.

“They were anxious to know where they would be staying… they just wanted a listening ear because a lot of them were scared.”

It was the first call-out that the newly trained Casino SAES team had responded to, and they stayed at the evacuation centre until midnight, when the 80-100 residents of the mission were transported to temporary accommodation in Lismore.

“Once they go back home and assess what help they actually do need, I have told them to come and see us and we will be able to work out what assistance we can offer them,” said Lieut Laundon.