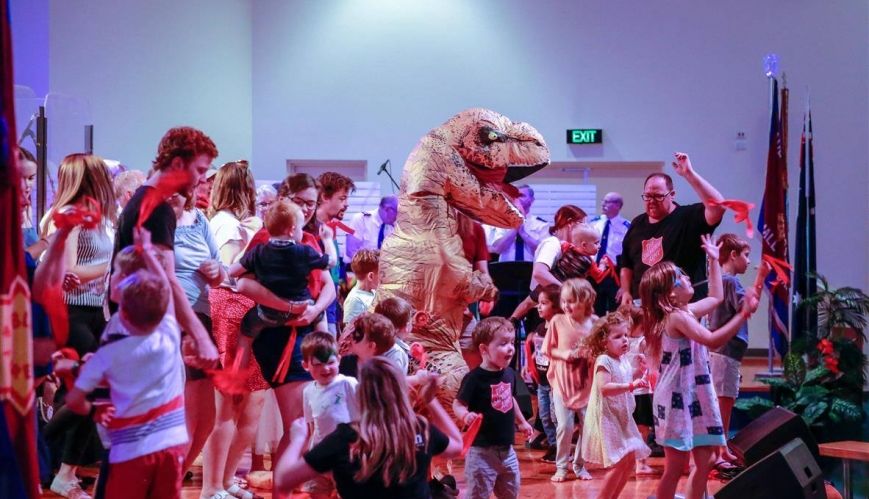 Youth and children, plus and inflatable dinosaur, open the Celebration of Communities in Adelaide last weekend with vibrant worship, song and dance.

“We have to change the culture, and we have to start with us,” said Major Barry Casey, South Australia and Northern Territory Divisional Commander, describing the divisional “Celebrate Community” event in Adelaide last Sunday, 17 February. 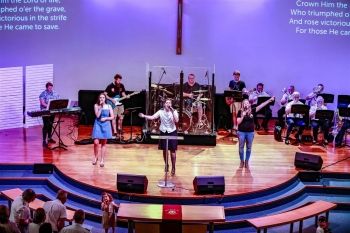 Youth were an integral part of worship at the event.

The annual event, which traditionally focuses on welcoming new officers to the division and senior appointment installations, this year took on a new focus to clearly and intentionally welcome, include and celebrate people of all ages and backgrounds.

Major Casey and his team had been aware that each year, the celebration attracted between 200-250 people, with very few youth and young families attending.

After discussions with the divisional youth and children’s leaders, Captain Simon Pickens and Renee Pickens, on how to make the celebration more attractive to younger generations, the 2019 event began with an hour of children’s activities, food vans, a coffee cart and opportunities to get together and have some fun.

Simon and Renee, their team, and many of the youth involved with Summer Carnival [the annual Youth Councils and landmark event for teenagers from the former Australia Southern Territory] led the opening of the celebration meeting, with a story of transformation, loud and vibrant worship music, dancing, and even an inflatable dinosaur! 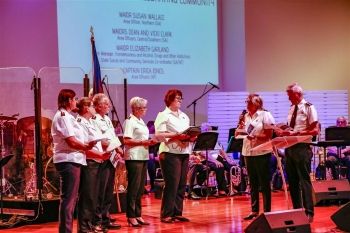 “This really set the tone for the rest of the evening,” said Major Casey. “The installation of our new area officers, and welcome to officers, was still a focus of the celebration, but not the total focus. It was a celebration of community and the work being done.”

As part of this new focus and broader celebration, Major Darren Cox, Gawler Corps Officer, shared some inspirational stories about the growth of the corps and their connections with the local community.

Helen Adamczyk, Salvos Store Manager and Ministry Assistant at Riverland Corps, shared her journey, as she continues her manager role while volunteering at the corps.

“This corps was about to close, but Helen stepped up and asked what could be done to keep it open,” said Major Casey. “The store has given her some time and space for her volunteer ministry work, which has resulted in community connections and around 25-30 people attending the meeting each Sunday. 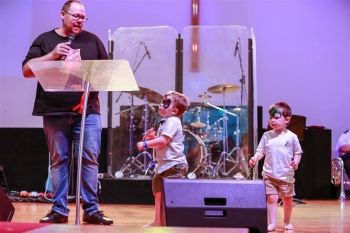 All generations were welcomed and included!

“Almost all the staff from the store are part of the corps and the growth is coming from the connections between the store, the Doorways program, and the community.”

Finally, a young man called Brodie shared his moving and powerful story – from a turbulent life to being suicidal, before finding faith, hope, purpose and a future in God and The Salvation Army.

More than 340 people attended the celebration from across the division, with 50 per cent being under 40, including many children.

One lady shared that it had been a long time since she’d attended a Salvation Army event, and she found at this one “that people of all generations and backgrounds were equally welcomed, included and celebrated”.

“I believe that God achieved what we had hoped for at this event as we celebrated communities,” shared Major Casey. “It is so encouraging and a really positive step as we continue to move forward into the year ahead.”