Transforming the lives of vulnerable women in Darwin Transforming the lives of vulnerable women in Darwin

Vulnerable mothers and babies in great need are the focus of a program at The Salvation Army Catherine Booth House in Darwin. Photo: Sean Roy on Unsplash.

“We are still taking on mothers and babies in great need and making do with what we have,” said Mary Jane Baya, Manager at The Salvation Army Catherine Booth House in Darwin.

“We are The Salvation Army and we try to make the impossible, possible. Money is always a stretch but when your heart is stretched, we make do until we can get financial support.”

The team at Catherine Booth House (CBH) – a safe haven for women escaping domestic and family violence – has just completed a six-month pilot program for mothers in their last trimester of pregnancy, or with babies less than 12 months old, who are unable to return home for safety reasons. 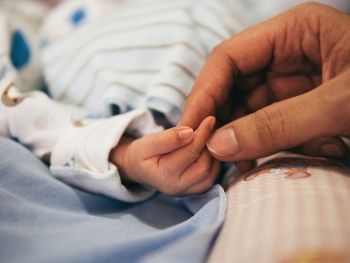 The program focuses on mothers and babies at risk of abuse.

The program provided an opportunity for women in one of their most vulnerable times of life, who had either experienced domestic violence, were at high risk of further abuse, or were unable to protect themselves.

“These women often become homeless at this vulnerable stage,” said Baya. “The pregnant mothers who stay with us can come back with their newborns until we can transition them into another service.

“These women, and the mothers with babies under 12 can be supported for a few days or weeks until longer-term options are available.”

Much of the emotional support for the young mothers came from the staff that assisted them with parenting skills, practical needs, and encouragement.

“This support could be as simple as helping the mum check the water temperature of a bath, sourcing nappies, or helping with sleep times,” said Baya.

“These are the little things that can make a big difference for new mothers.

“It could also include signs of post-natal depression, or working with other agencies for required support.”

Baya that it was CBH staff, with their “tireless work” and ongoing support to the mums and babies, which made this program possible.

“One mother, in particular, had been accommodated with us in her last week of pregnancy and returned to us with her newborn,” Baya said. 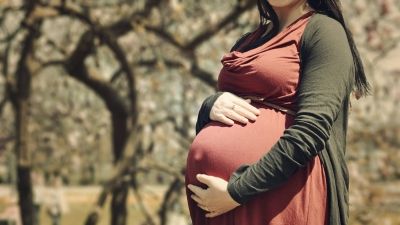 Vulnerable women in their last trimester of pregnancy are also eligible for the program.

“She had stated on her exit from our program that she felt highly supported, that it gave her a ‘sense of self’ to be valued and respected as a new mother, and that it allowed her the safe space to enjoy her first few days of motherhood without the concern for her infant’s safety.

“CBH staff were able to assist the mother with a smooth transition into independent living.”

Throughout the pilot program, Catherine Booth House looked after a total of nine mothers and 12 babies.

“The impact of the program on our other clients was a major concern,” said Baya. “We set aside a particular room for the mums and bubs and made sure the clients knew they were coming but that they would continue to have their own space.

“Having them here, though, brought a different kind of joy to our environment and a soothing kind of presence.

“It also showed us all the reality of the hardships these women were facing, not just through the trauma of domestic violence, but having to protect themselves, their baby and often other children as well.”

Catherine Booth House has applied for Northern Territory Funding to continue the program – with a proposal to take on two women at a time, rather than one as per the pilot.

“Once we have approval for funding, it will become a permanent service here at Catherine Booth House,” said Baya.

“It will also enable us to change some of the infrastructure, such as install an additional kitchen.

“We are praying that God will allow us to continue with this program.”