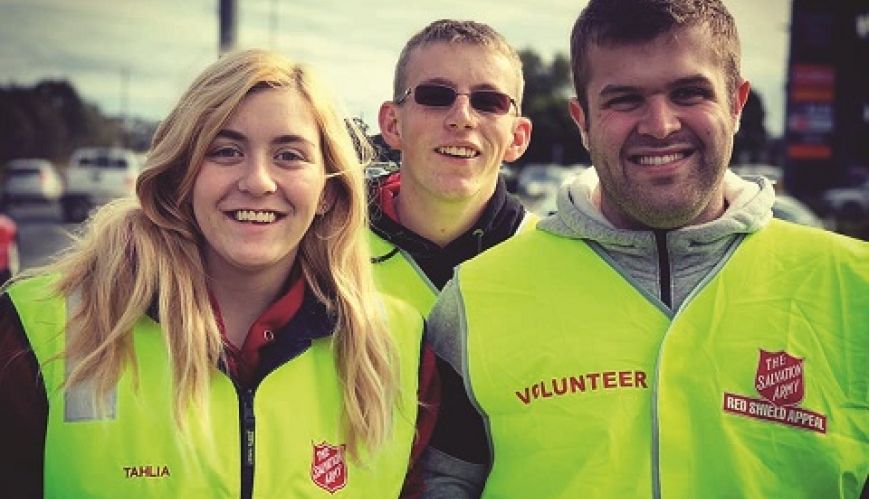 Around 50,000 volunteers across Australia, including these collectors from the Bellarine Peninsula in Victoria, took part in The Salvation Army’s 2019 Red Shield Appeal weekend.

The Salvation Army has thanked volunteers and supporters following its annual Red Shield Appeal weekend, which has so far raised $4.2 million.

“We sincerely thank the 50,000 volunteers nationwide who knocked on more than half a million doors and collected in over 2000 locations,” said Lieutenant-Colonel Neil Venables, The Salvation Army Secretary for Communications.

“Volunteers will continue to collect donations in the coming weeks as we work towards our $8 million goal.”

Thousands of school students, corps folk and community members took to the streets over the weekend to knock on doors and take part in other fundraising activities for the annual appeal. 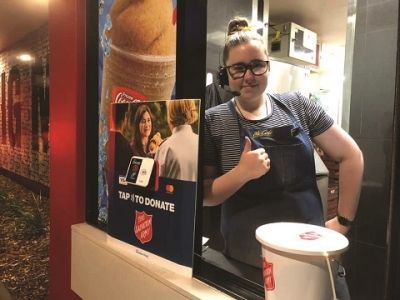 In some locations, local businesses such as McDonald’s, Bunnings and Woolworths allowed collections on-site.

Some Salvos even stood in drive-through booths taking donations. In other locations, collectors stood at intersections in high-vis vests, collecting during each red light. Many corps and zones held thank-you events on Sunday afternoon to celebrate with volunteers.

Andrew Hill, The Salvation Army Community Fundraising Director, said some great results were seen where corps put in extra efforts to engage with their local community.

“Where corps embrace up-to-date strategy and they have a suite of channels such as doorknock and community collections as well as digital, online, use of cashless solutions, plus engaging their local community and corporate partners, we do well,” he said.

“Where corps and zones make the Red Shield Appeal weekend about more than just money, but about relationships, that’s where we are seeing great gains.

“Those relationships with volunteers, community corporates and donors are key, not just for the appeal, but for the viability of The Salvation Army within that community for the long term.”