Equipping people to do God's work in Central Queensland Equipping people to do God's work in Central Queensland

People gathered from around Central Queensland and surrounding areas to attend the conference, participate in electives and become more equipped for ministry.

More than 75 delegates from across Central Queensland and beyond attended the Wide Bay Area Leadership Team (ALT) Mission Conference in Bundaberg from 26-28 July. 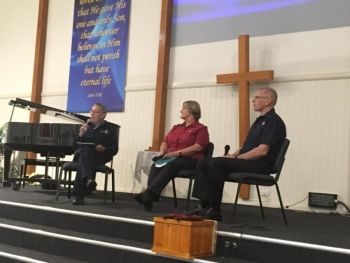 “Questions posed to the divisional leaders covered a range of topics covering things from who was going to win the NRL grand final, to what their roles entail, to how to make church more attractive to younger people while still relevant to our older generation,” said Peter.

John Williams, who is the leader of Soundpoint Salvation Army and Sony Foundation Youth and Community Centre in Goodna, 28km south-west of Brisbane, led the plenary session on Mission in Australia the next day.

“Following the plenary session, participants had the opportunity to participate in various electives that were designed to (as Paul said writing to the Ephesians in 4:12 – NLT) “equip God’s people to do his work and build up the Church, the body of Christ,” Peter said.

Electives included Deborah’s preaching workshop; Leanne’s sessions on caring for and understanding those with mental health problems, as well as self-care; Captain Narelle Unicomb’s ‘Growing Young’ session that looked at the core pillars of churches who are going against the trend and thriving inter-generationally; and sessions on Salvation Army programs Kids in the Kitchen and Just Brass. 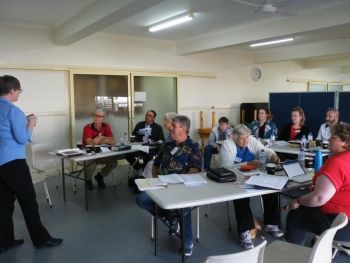 “One person who took up the Preaching 101 workshop said he wished he had done something like this 30 years ago, while others commented on the good simple practical advice given in the Rod Denton workshops on discipleship and evangelism,” said Peter.

“At the conclusion of the Wide Bay ALT Mission Conference, those in attendance said this had been a long time coming and it was good to have training happen closer to people rather than have people travel to the major cities,” said Peter.

“Perhaps the most common theme coming from participants was, ‘When are we going to do this again?’”