Technically speaking, it's more than lights and sound Technically speaking, it's more than lights and sound

When the NSW/ACT Division gathers to welcome the Australia Territory’s new leaders this weekend in Sydney, what people won’t see is a small group of Salvos who are passionate about tech and just as passionate about supporting each other in their walk with Christ.

The NSW/ACT tech team is behind the scenes at every major divisional event, partnering with local corps' tech teams (like the Sydney Congress Hall Technical Team whose members are integral for this weekend's Welcome to the Donaldson's.) Together, they make sure the microphones work, set and adjust sound and lighting and look after every technical aspect of some of the country’s biggest Salvation Army meetings. The NSW/ACT tech team is a passionate team of volunteers from numerous corps, headed up by Parramatta soldier Anthony Eden. The team provides tech support for events like Youth Councils.

“There’s about 30 of us who work on some of the divisional events like Youth Councils, Summer Splash, Pulse, various celebration rallies ... that sort of thing,” Anthony says. “Most of us come from smaller corps where there aren’t a lot of us who do what we do. That can be a bit isolating and hard to grow.

“So, at a divisional level, we take the opportunity to speak into each other and focus on building up disciples for Christ and mentoring people. We try to make it a bit more of a meaningful experience rather than just rocking up before an event and turning some microphones on!”

A core group of volunteers meets regularly, with video-conferencing meetings held more frequently in the lead-up to an event. Campsie Corps Salvationist Adele Masters has a degree in stage management and has been involved with the divisional tech team since 2017. 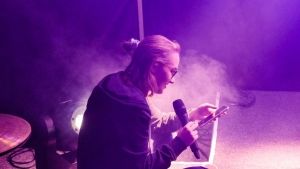 Adele Masters has been with the team since 2017.

She says while the ministry of providing a seamless experience for a congregation is fulfilling, what’s been more fulfilling is the influence the tech-team members have had on her life. “We are a group that just do life together and part of that is discipleship and part of that is getting into the Word and part of it is doing events and being prayerful people together. But part of it is just stepping up and being there and being good friends in the times that we need it.”

The group stays in touch through various message-chat groups and, despite their physical disconnection, they try to meet up whenever they can.

Both Anthony and Adele say the end of 2018 was a turning point for the group. There were several major events within a short space of time (the General’s Welcome and Youth Councils) and the group naturally grew closer.

At one recent event, Adele remembers being very stressed due to a number of different factors. Team members noticed her distress and were able to come alongside her, give her time out and support her through it.

“I think we have all stepped up and been a bigger part of each other’s lives when we’ve needed to be,” says Adele. “Now, we spend a lot of time messaging each other and supporting each other. [It’s made each event that we do more meaningful because] we’re not just ministering to the room, we’re ministering to each other.” 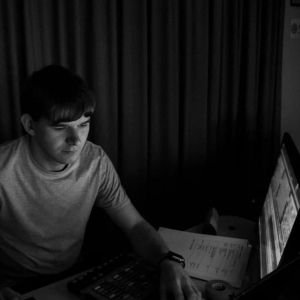 William Searle says mentoring is a significant part of the ministry.

William Searle, from Wollongong Corps, says he gets a lot of joy from mentoring young people and seeing them progress in their knowledge and skills. “I’m really passionate about seeing the young kids that we bring through, actually go and take on roles. We have been doing this for quite a few years now and some of the ones that didn’t know much when they started are now running sound and lights at their own church and even working in the field. Seeing kids step up and empowering them is important.”

Members of the tech team are involved in the annual Salvation Army Equip camp and run a tech stream, which encourages and trains young people in the different areas of technical support. They endeavour to provide everyone who expresses an interest, regardless of their ability, the opportunity to serve on the divisional tech team in some way.

People who are interested in finding out more about the NSW/ACT divisional tech team can email Anthony Eden at NSWACTYouthandKids@aue.salvationarmy.org