Falling apart in order to flourish; vocation, calling and inner chaos; love changes everything; and the freedom to flourish when adversity affects calling were just some of the topics presented at the recent Thought Matters conference held at the Eva Burrows College (EBC), Melbourne, from 23-25 August.

‘Freedom to Flourish – Vocation, Calling, Identity and Faith’ was the theme of the annual conference, attended by 75 delegates. 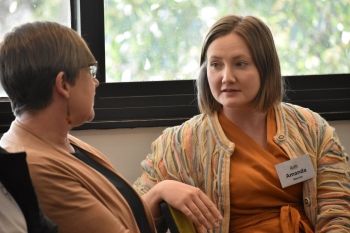 The topics presented and discussed afterwards in small groups and through question time were broad-ranging. Presenters came from a variety of backgrounds and included officers, soldiers, employees and friends. 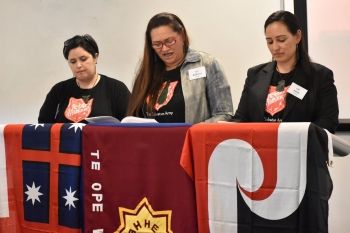 “This included whether vocation informs identity or identity informs vocation; how we might understand the concept of flourishing; how Generations Y and Z think differently about commitment; and the whole concept of officership and calling and whether it’s a concept we’ve constructed, to the exclusion of all other ‘callings’.”

Other presenters spoke about what happens when life gets difficult and plans made don’t work out; when a person’s only ever had a Plan A and now needs to come up with Plan B; the challenges of vocation and identity in retirement; and how tough times are a necessary part of flourishing.

“The conference is a safe and respectful place where people can present ideas, ask questions and discuss issues that may not be mainstream and could be controversial,” said Brenda. 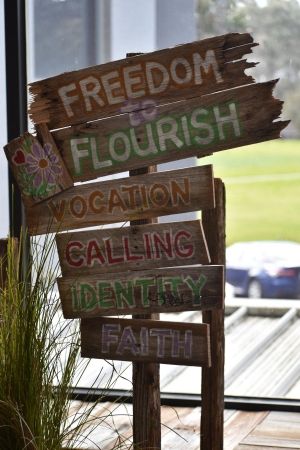 “Both presenters and delegates know this, and we focus on respect.”

Brenda also shared that, historically, this conference has been viewed as “out of reach for the average person, heavily theological and highbrow”.

“There are some dense theological presentations, but we focus on getting a range of speakers of different ages, genders, ethnicity and background so the conference is accessible to everyone and those who come can take away something meaningful, significant and relatable,” she said.

“The Thought Matters conference is a great opportunity for us to discuss new directions and initiatives for The Salvation Army,” said Kelvin. “It brings together creative thinking, allows us to test the boundaries and to focus on topics that are sometimes not able to be discussed in such an open manner but are important to The Salvation Army.

“For me, this conference was a refreshing experience with contemporary, practical discussions, based on life experiences and not full of dense theological jargon. I take away from it very good content and questions on how to advance some of the good thoughts that were presented.”

Lyn both attended and presented at the conference. 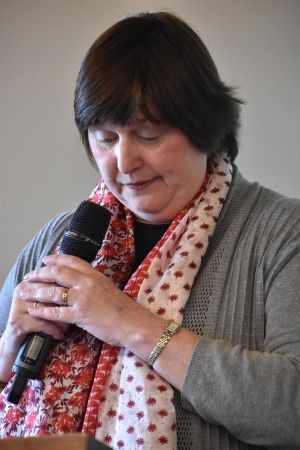 “I have been attending the Thought Matters conferences for many years and appreciate the opportunity to reflect on key issues through a theological framework,” she said. “As a pragmatic movement we don’t always take time to reflect and this forum is an important venue for that reflection.

“I presented a paper entitled Calling Gen Y/Z, which explored how we understand calling and vocation for our emerging generations. Gen Y/Z ‘are no longer the future workforce, they are the present, making up more than 40 per cent of Australia’s working population. Organisations that fail to change their leadership, business, people strategies and practices [in light of these emerging generations] do so at their peril’ (Deloitte, ‘Generation MillZ: what Australian millennials and Gen Z are really thinking, 2019)’.

“Like the ancient men from Issachar, who understood the times and knew what Israel should do (1 Chronicles 12:32), we are being challenged to engage with the emerging generations and how they understand what a pathway to, and flourishing life in ministry leadership looks like.”

Winsome attended the conference for the first time.

“While the theme was Freedom to flourish; vocation, calling, identity and faith, the presentations were quite diverse in regards to their approach to the topic,” she said. “This meant there was breadth and depth to the exploration of the topic.

“There were a few sacred moments in and after some of the presentations. I think one that I will recall for some time was the paper presented by Sue Hay from New Zealand, Fiji, Tonga and Samoa Territory. Her paper was titled, ‘Falling apart to flourish’. She used the metaphor of the caterpillar whose body breaks down while in the chrysalis to become ‘caterpillar soup’. The only thing that is retained by the caterpillar when it becomes a butterfly is its imaginal cells. It was quite a powerful image of transformation through brokenness. Sue moved on to use the parable of the prodigal son and the death of Jesus to add biblical illustrations of transformation through brokenness.”

The New Zealand, Fiji, Tonga and Samoa Territory will host the 2020 Thought Matters conference, with specific dates and a theme to be advised.

To find out more about Thought Matters, check out their page on Facebook.