Hurricane relief continues in the Bahamas

Hurricane relief continues in the Bahamas

Hurricane Dorian made landfall on Friday in North Carolina, on the United States east coast, after bringing devastation in the Bahama Islands earlier in the week.

As Hurricane Dorian moves away from the Bahamas, the true scale of the destruction is now becoming clear.

Twenty people are known to have lost their lives after hurricane-force winds of up to 185mph (300km/hr) battered the Abaco Islands and Grand Bahama for three days, bringing floods and destroying homes and crops. The death toll is likely to rise as remote areas are reached.

In Nassau, on the island of New Providence, divisional leaders Majors Clarence and Karen Ingram and their staff are setting up relief efforts as the first evacuees begin arriving from the Abaco Islands. 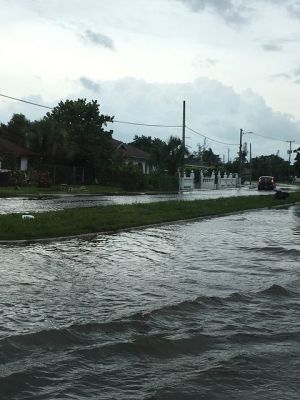 Salvation Army shelters are being readied for occupants, and clothes are being received and sorted ready for distribution. Meetings have been arranged with the National Emergency Management Agency (NEMA) and visits made to government shelters to assess needs both in Nassau and the devastated northern islands of the Bahamas.

The Salvation Army corps on Eleuthera island is also ready to receive evacuees as they arrive.

The corps in Freeport, on Grand Bahama, was partially damaged in the hurricane but a working generator means they are now operational, with a functioning kitchen and a supply of food. Much of Grand Bahama is still flooded, so transport and access are very difficult, increasing the problem of sourcing sufficient supplies and staff to meet the burgeoning needs on the island.

Major Hendrik Sumter, the officer in charge in Freeport, reports that the shelters are all over capacity but that transportation for rescue efforts is limited to large machinery and jet skis. As soon as they are able, the staff and volunteers in Freeport will be preparing meals for distribution to the shelters.

Make a donation to the Hurricane Dorian Appeal HERE.