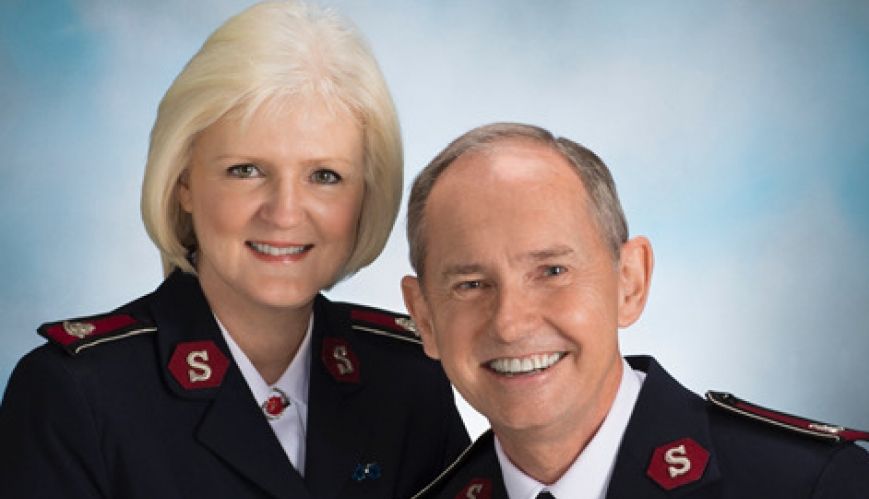 Lieut-Colonels Deslea and Philip Maxwell, officers of the Australia Territory, have been appointed to the USA Eastern Territory.

Philip has been appointed as Chief Secretary, while Deslea will take up the role of Territorial Secretary for Women’s Ministries. They will start their new appointments, with the rank of Colonel, on 1 February.

“It will be exciting to work with a new team and to sense the heart and vision for this part of The Salvation Army world,” said the Maxwells. “Additionally, there is the sense of fulfilment of drilling into the untapped resources of those who we work alongside.

“We also have a sense of anticipation about moving around the territory and connecting with corps and communities. Over coffee, sitting in a chapel or travelling in a vehicle, you can learn a great deal about the heart and motivation of an individual.

“Meeting people where they are at gives you greater possibilities of speaking into their lives and unlocking the opportunities God has placed before them.”

It has been 10 years since the Maxwells left Australia to serve overseas. In that time they have served in Papua New Guinea and at The Salvation Army International Headquarters in London, while this will be their third appointment in the United States.

“Yet again we will be greeted by a community of complete strangers,” they said. “Getting to know them, and allowing them to know us, is a drawn out but necessary journey.

“If life has taught us anything over the last 10 years it is that it's a journey well worth taking. We have been the richer for the experience - arriving as strangers but leaving as friends.

“We took as our mantra then [10 years ago], ‘there is no better place to be than the centre of God’s Will’. It has underpinned our journey, giving comfort and strength throughout.

“We still call Australia home but have been grateful for all that God has allowed us to experience, but more so for the way he has undertaken for our family.”