Bridge Program clients have the wood on recovery Bridge Program clients have the wood on recovery

The Basin Bridge Program participant Janelle with the table she handcrafted through the weekly woodwork group.

Recovery from drug addiction can be a hands-on process – just ask the team at The Basin Centre in Victoria.

In the year since a weekly woodwork group started at The Salvation Army Recovery Services centre in Melbourne’s outer east, the team has seen Bridge Program clients thrive. 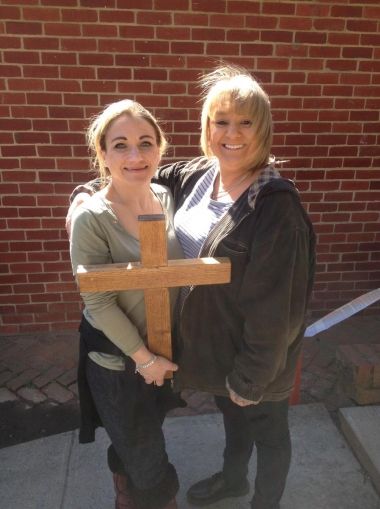 “The clients have made all kinds of things – crucifixes, boxes, signs, tables, chairs, planter boxes. It is a good space for people to get out of their heads and just create something, form friendships and make items for parents, kids and friends,” said organiser Ron Cantarella.

Ron was inspired to start the woodwork group in 2017 when he worked as a trainer at Bowens Timber and Hardware. Combined with his eight-year experience as a Bridge Program sub-contractor, Ron knew woodwork could play a fundamental role in recovery on a physical, mental and spiritual level. After all, Jesus was a carpenter!

“I have found that it is a good place to reconnect with skills from previous employment or reconnect to better days,” said Ron.

“The group improves self-confidence and a sense of pride to have achieved something or built something for someone.”

The woodwork group at The Basin has played a role in the burgeoning growth of the nearby Boronia Corps and Salvation Army expressions in the region. 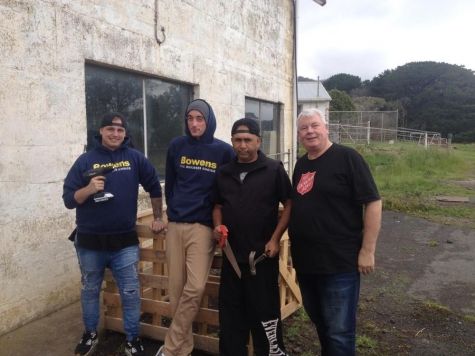 It was launched when Bowens Timber and Hardware and Boronia Corps donated tools and equipment, making it a true community initiative.

“Without their donations, this group would never have started,” said Ron.

“There has been a huge increase in the number of people attending the corps on a Sunday and other groups run at the Boronia Corps.”

Unfortunately, the woodwork group recently received news of its closure due to changes in funding. However, the skills it has given people will stand the test of time – living on in their creations, and the new community so many have found through the initiative.