Karen honoured for her role in 'repairing the world' 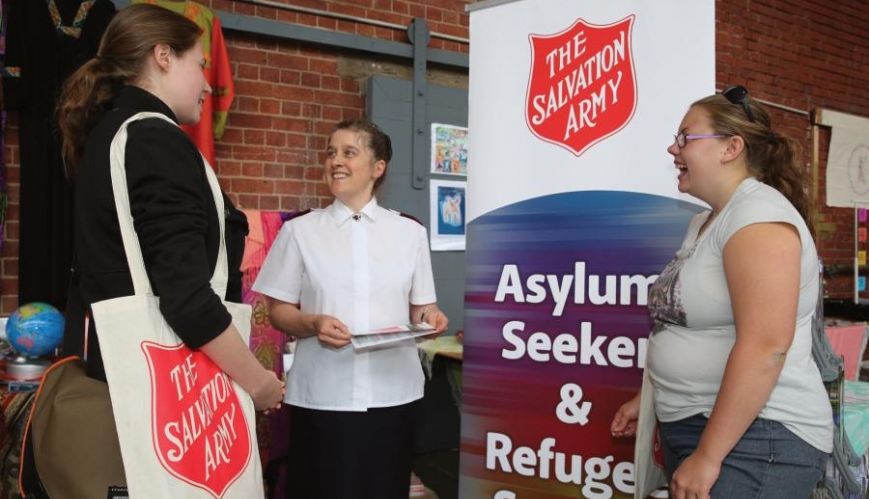 Karen honoured for her role in 'repairing the world'

Major Karen Elkington in her role as manager of The Salvation Army Asylum Seeker and Refugee Service in Brunswick, Melbourne.

Shouts of “Mazal Tov!” [Good Fortune] greeted Major Karen Elkington when she was awarded the Victorian Multicultural Commission Award for Excellence this week.

Karen received the award at Government House in Melbourne for her tireless work with refugees and asylum seekers across Victoria.

Nominated by Temple Beth Israel, a Progressive Jewish Synagogue in St Kilda, the award recognised her work with inter-faith communities.

“It’s such a joy to work with people from a variety of faiths and cultural backgrounds. It’s wonderful to live in a state where multiculturalism and diversity are valued so deeply,” said Karen. 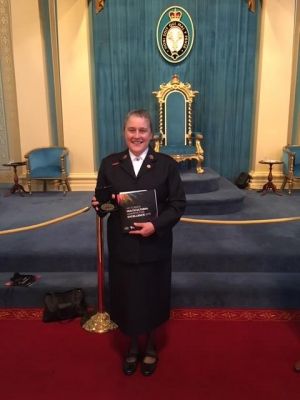 Karen is the manager at The Salvation Army Asylum Seeker and Refugee Service in Brunswick, Melbourne. Every year, the centre supports 500 clients, with an additional 2000 people benefitting from their services.

She has collaborated with Temple Beth Israel (TBI) for several years as a representative of The Salvation Army and is a member of Project Dignity, their social justice or ‘Tikkun Olam’ initiative, which is Hebrew (Jewish) for ‘Repairing the world’. Aimed at providing resources to refugees and asylum seekers of all backgrounds, Karen has helped to coordinate multiple programs, including employment skills, women and children’s groups and multifaith activities.

“Karen and The Salvation Army are key partners in our efforts to respond to challenges confronting people seeking asylum and people from refugee backgrounds,” said TBI board member Dorothy Graff, OAM.

“We are so in awe of her love of humankind – whatever their religion, whatever their status or country of origin – that we decided to apply for her to receive an award from the Victorian Multicultural Commission,” she said.

“We are thrilled that Karen has now received an ‘Award for Meritorious Service to the Community’, as it is called, and we look forward to working with Karen on further exciting projects as The Salvation Army and TBI work to improve the quality of life of refugees and asylum seekers in this country.”