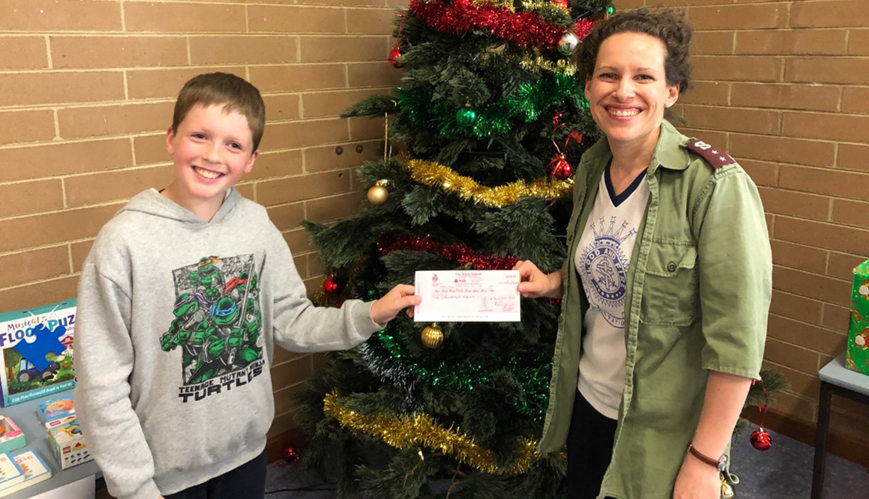 The Knox School in Melbourne has once again embodied the Christmas spirit of generosity, showing that it is better to give than to receive.

The school in Wantirna South has donated $20,000 worth of gifts and food hampers to Ferntree Gully Salvation Army as part of its Giving Tree Appeal – and that’s just the tree-topper!

Over the past 23 years, the Knox School has donated more than $250,000 worth of gifts to the Salvos to teach their students how to ‘give back’.

“The Knox School partnership is a godsend. We couldn’t have our toy drive without it. With it, though, we are able to give really amazing toys to almost 200 children – and that’s just so far this year,” said Captain Rachel Attard, the Ferntree Gully Corps Officer.

A special assembly was held at the school to officially hand over the many donations, which were all displayed onstage.

The donations came from a variety of fundraisers throughout the year, including a spell-a-thon, a free dress day, the Year 9 Entrepreneurial Program, the Giving Tree Appeal and the philanthropic-based school fair.

The school’s partnership with The Salvation Army was instigated by teacher Mrs Susan Lane in 1997. 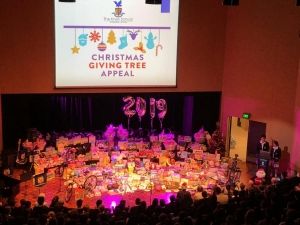 The Knox School presented the Salvation Army with their donation at a special assembly.

“What once was a relatively small appeal has now become an annual community event and tradition that all families of The Knox School proudly support,” said teacher Brooke Henderson.

“The students have such a great sense of community spirit and pride and are very passionate about our Giving Tree. Last year, one of our junior school students donated all her birthday gifts from her party to the appeal.”

In addition to this year’s donation, the school facilitated a large donation from Costco and dropped off a $4000 cheque to Rachel at Ferntree Gully Corps after school had finished for the year.

For the past five years, Major Gary Hart has volunteered as the truck driver loading up and delivering the gifts after the assembly. And each time, he sees this spirit of giving firsthand. 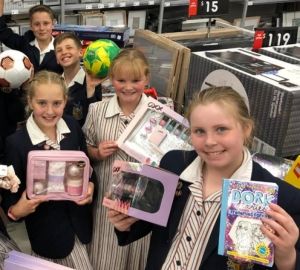 “It was small in its early days, but now it represents a massive donation to the corps at Christmas for Doorways (the Army’s emergency relief and financial counselling service). I have been amazed at what is given, and the general attitude of staff and students,” he said.

As the team at Ferntree Gully Salvos hand out presents and hampers this festive season, the spirit of generosity embodied by The Knox School will be evident.

“A member of the school said they wanted ‘to indulge in the pleasure of giving’, and commented that handing the presents over to the families must be so rewarding for [the Salvos],” said Rachel.

“We considered how it is an experience that the people who donate the gifts do not get to have – but they give anyway. They've spent years [working] to really create a tradition out of giving.”