'One life at a time' in Rockingham 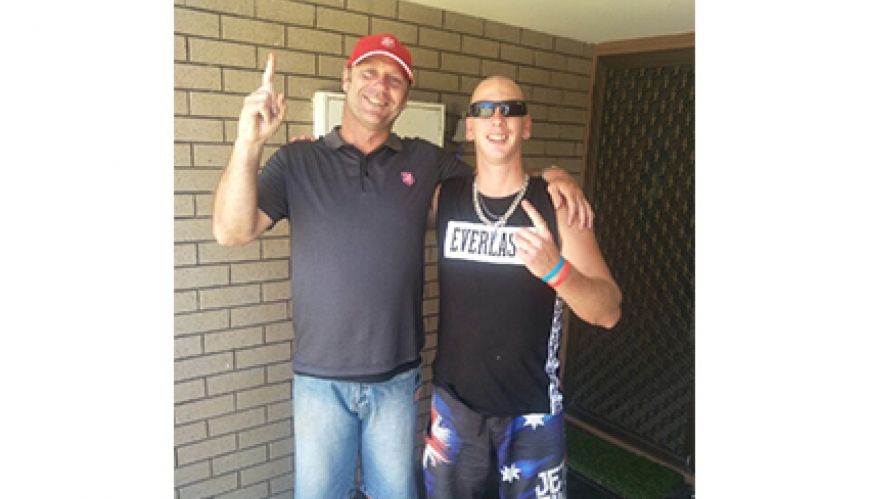 'One life at a time' in Rockingham

Jason McDonald says the kind act of strangers inviting him into a loving home during a tough time saved his life. Now, he’s ‘paying it forward’ by inviting others into his home in Rockingham, Western Australia.

Jason, a Salvationist, is one of two ‘lead tenants’ at the Discipleship House, which is a new ministry of Rockingham Salvation Army.

The opening came after two years of prayerful planning and waiting on God to provide a suitable premise for the ministry.

The idea is to have two mature Christians rent rooms in the home and commit to living alongside and discipling one to two other tenants. These tenants have been invited into secure housing and the opportunity to be mentored and supported. 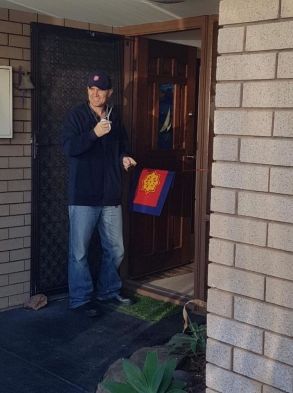 Jason, who has stayed in numerous Salvation Army homelessness accommodation and recovery services centres in his lifetime, said the aim in setting up the Discipleship House was to keep it personal. “We didn’t want it to be a program house, we wanted it to be first and foremost a home,” he says.

“The vision for the Discipleship House is that the lead tenants are on fire for Jesus Christ and onboard with the vision of getting around people ‘one life at a time’. They get together and they just offer to take someone else in and actually live life together.”

It’s a vision that Jason is passionate about because many years ago it was the kindness of strangers inviting him into their home that led to a dramatic transformation in his life.

“Basically, what they were doing is that people were invited into the home,” remembers Jason. He had been in-and-out of prison since the age of 17 and says he was on a ‘fast-track’ to going back in due to addiction, homelessness and crime if God hadn’t intervened through this couple. “It thoroughly impacted me. Here I was, disenfranchised from my own family and these people loved me and cared for me. The bloke that was heading up the house, he was the original one that introduced me to Jesus Christ. It was amazing.”

The first tenant of Rockingham’s Discipleship House, 26-year-old Steve Whiteaker, said he was thrilled to be invited. “Since I’ve been here, honestly, it’s been nothing but joy. I’d been praying for the last 10 months just for a safe place, and a grass area for my dog. And I look back in my book and I’ve got all that plus more now. I’m so very blessed.”

Steve has had a long association with The Salvation Army in Rockingham through its crisis care team. His experience with addiction had led him to the point in his relatively short life where he realised he had lost his sense of purpose. “I definitely had no hope and … I knew that the only way to get out of this hole and to have a purpose and live a good life was through Jesus.”

So, he started ‘rocking up’ at Rockingham Salvation Army every Sunday. But shame kept him from walking through the front door. “Look at all these good people compared to me,” he remembers thinking. He would stand out the front, have a cigarette, and then leave. This went on for many weeks until one day, Salvationist Graham Liddle came out and had a chat and encouraged Steve to “come in and give it a go”.

Over the next few weeks, Graham and Steve met for coffee and meals to chat. Steve was suspicious. He had come from a culture where relationships came at a cost. “The world is always tit-for-tat, so, I was thinking, ‘What do you want from me? I’ve got nothing to give at the moment, I’m broke.’”

But soon the truth started to sink in for Steve: “I finally realised with Graham that he didn’t want anything from me, but he wanted to give input into my life and let me know that I am loved. I’ve never had a good male role model in my life. Ever.”

That realisation was a game-changer. Steve became more connected at the corps, he attended the Rockingham Salvation Army Pallet Ministry Men’s Shed, he kick-started his Salvation Army Positive Lifestyle Program again and he began to pray and write in his journal, believing that God had a plan and a purpose for his life. All this led him to the Discipleship House.

While it isn’t a ‘program’, the Discipleship House has a spiritual rhythm centred around the tenants connecting with each other and with God. There are morning devotions and a Wednesday night Bible study. On Thursday, the Rockingham Pallet Ministry meets in the shed out the back of the house.

Jason is prayerfully hoping that more such houses will spring up in Rockingham and other Salvation Army expressions right across Australia. “It’s simply about living life by example.”

The experience of living in a safe, loving home with a focus on being in relationship with God and partnering with him in his work to restore humanity, has already had a huge impact on Steve. “I’m growing every day just by plugging in … I’m just praying that God will guide me with my decisions and lead me to my purpose. At the moment, I know I’m supposed to be here. I know that 110 per cent.”