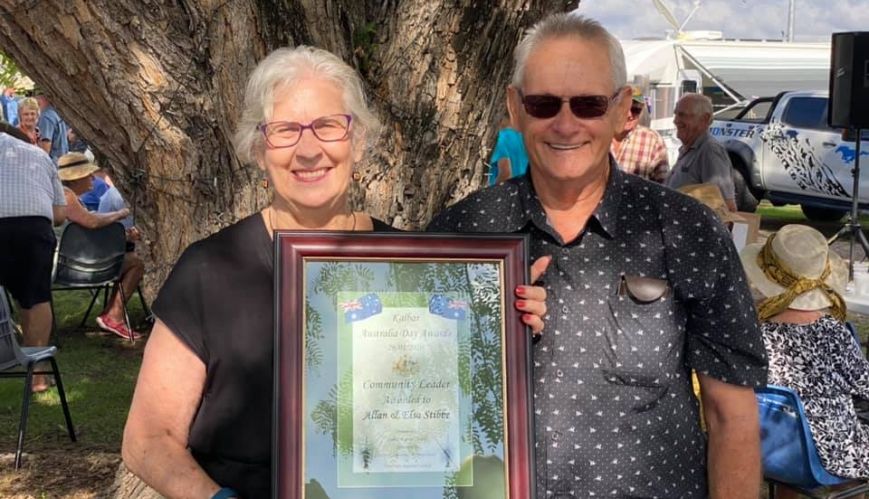 Allan and Elsa Stibbe from Fassifern Salvation Army in Queensland were honoured as Community Leaders of the Year for 2020 at their local Australia Day awards.

A number of Salvos around the country have been honoured with Australia Day awards for their service to the community.

In south-west Queensland, Fassifern Salvationists Allan and Elsa Stibbe were honoured as Community Leaders of the Year for 2020 at their local Australia Day Awards. “We honour you for how faithfully you serve our community,” a Fassifern Salvos Facebook post read.

In South Australia, Adelaide’s Unley Corps was awarded ‘Community Event of the Year’ for its Christmas Day lunch, an event that has been held every year since 2005. Corps Officer Major Reno Elms said the lunch had grown over the years to bless “many, many people in our local community over the Christmas season.” 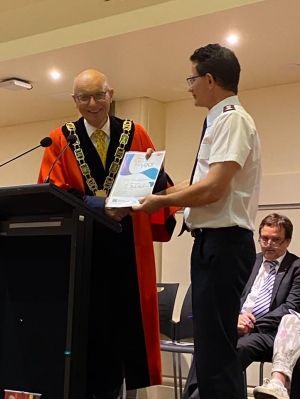 “What a platform I was given in front of 200 newly accepted Australians to talk about the joy of unity and love,” Reno said. “Christmas is the most wonderful time of the year, especially at Unley Salvos!”

In New South Wales, Captain Louanne Mitchell, who has been leading Manly Salvos on Sydney’s Northern Beaches for many years, was presented with the Outstanding Community Service Award by Northern Beaches Council.

“I’ve been overwhelmed by this honour,” she said. “I’ve had lots of people message me and congratulate me and it’s been amazing.”

Diane said being a full-time volunteer for the Salvos is hugely rewarding: “I get enjoyment out of helping other people make their life a little bit easier. They’re living on a pension, or unemployment benefits and it can only go so far, and when you can offer them cheaper food that really helps them and it makes me feel good that I can help them.”

EDITOR’S NOTE: Every effort has been made by the Others team to list Salvationists who have received awards. If you know of any other Salvationists recognised in Australia Day awards, please let us know by commenting below or emailing: othersonline@salvationarmy.org