Summer Carnival 2020 campers party during one of the lively worship sessions during the week.

More than 400 young people and leaders experienced a deep sense of togetherness at The Salvation Army’s national Summer Carnival held at Phillip Island Adventure Resort in Victoria in January.

The theme of the annual event was ‘We’re Found Together’, which was developed in response to a year of research by the Army’s Youth and Young Adults Department into what the young people of today need. 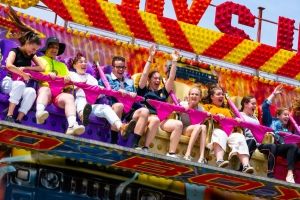 John Marion, Youth and Young Adults Specialist, said interviews conducted with dozens of young people across the Australia Territory found that many teenagers were experiencing a sense of disconnection, loneliness and isolation.

“So, one thing that we’ve been doing in the youth department is taking a youth-centred approach to how we do youth ministry. Perhaps in the past, we’ve thought about what the Church wants and how young people fit into it but, for us, it’s now about ‘who are the young people, what is going on in their lives, what is their world like and what is the Good News for them in that space?’”

The Youth and Young Adults Department used the research to design the look and feel for the 2020 Summer Carnival event, held on 6-10 January, with the theme focusing on the notion that young people are ‘found together’ in God’s love, that our identity is in his family.

“So, if young people feel like they’re alone in the world, or if they feel like they don’t know who they are, or who they’re meant to be, you know, we’re found together and we’ll kind of figure it out together,” said John. 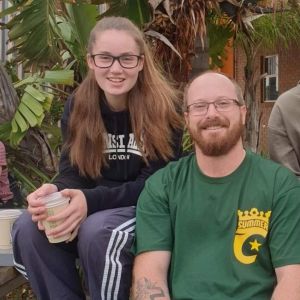 Fourteen-year-old camper Rebekah Carter, from Kalgoorlie (WA), says she went to Summer Carnival for the second year in a row to reconnect with friends. “I had such a great time last year and I wanted to see my friends from the previous year again,” she said.

“What impacted me the most about the carnival this year was all the kind people who were there, and the atmosphere that just made everyone feel like they belonged and could be who they are and not be judged.”

Organisers said this was the overwhelming feedback from those who attended – that people felt accepted and loved for who they were. “And that’s what we want,” said John. “We want Summer Carnival to be reflective of the Kingdom of God – not just talked about but actually experienced.

“What’s really important for us is that Summer Carnival is not about music or sermons ... it’s this culture, that we’re found together, that everyone is invited, everyone is included, that no one’s left out. That is what makes the difference in young people’s lives.”

John said there were 34 first-time commitments to Christ this year, 20 recommitments and 160 other responses.

Rebekah was one of the many young people who encountered Jesus in a deeper way. She said the time given to prayer was an important element for her.

“On one of the nights we were all asked to get into groups with our local youth leaders for prayer. As there were only two people from Kalgoorlie, my corps youth leader and I were happily welcomed to join a group from Perth. What was prayed over me and one of the other girls that night made us both break down in tears and lifted a big weight off my shoulders.”

Other campers at Summer Carnival fed back to organisers that they experienced transformation in many areas, including experiencing forgiveness of self or others, experiencing hope, receiving vocational calls and other affirmations over their lives.