Brewery bottling sanitiser for the Salvos 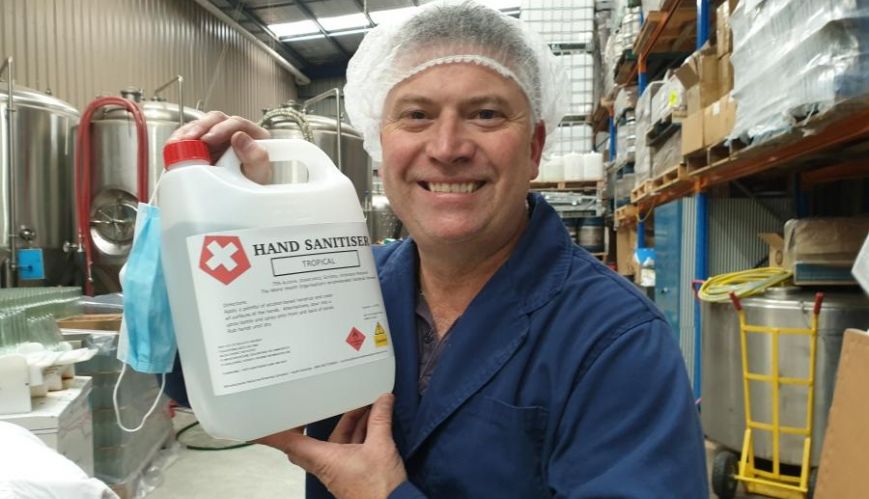 Brewery bottling sanitiser for the Salvos

A Salvo supporter on Victoria’s Bellarine Peninsula has converted his brewing business to mass-produce hand sanitiser and is supplying it free to Salvation Army community services.

“This couldn’t have come at a better time,” said Captain Peter Hobbs, Bellarine Corps Officer. “Our front-line workers at the Bellarine Salvo outreach van, the Geelong Salvo outreach van and SalvoConnect workers and clients in Barwon are in much need of extra protection.

“Tim was already thinking about adapting his brewery when we spoke to him about being low on sanitiser, so he made the change to meet the needs of local outreach workers and other businesses.

“Although we have really minimised our community connections during this time, we have a list of people who are really struggling, and we are dropping off essential items to them and keeping in touch from a distance ... I am so grateful for his generosity [that allows us] to continue to serve people safely.”

Tim’s connection with The Salvation Army was forged when Peter and his wife Diane, newly commissioned Salvation Army officers, were appointed to the Bellarine Peninsula to establish a ministry.

“I have actually known Peter for close to 10 years,” Tim said. “That’s what has motivated me to really adopt a passion for The Salvation Army. Our whole family helps out in different ways. My son Ted is the regional Salvation Army youth ambassador and I chair the Red Shield Appeal board.”

Tim initially partnered with Peter and Diane to train young people in hospitality skills. In time, he began to reconnect with his own faith, stepping out to follow Jesus more boldly.

“I’ve always had a strong faith and connection to God and Jesus,” Tim said. “But I was, like many, very disillusioned with the churches through recent scandals and behaviours and so I distanced myself from the physical structures and that’s when I really started to become more and more involved with the Salvos because it’s not about the physical structures, it’s about getting out there and playing my part.”

And through this latest initiative, Tim is certainly ‘playing his part’ in keeping the local Salvos safe and sanitised as they continue to support the community, even during this crisis.