Commissioners retire after 38 years of service 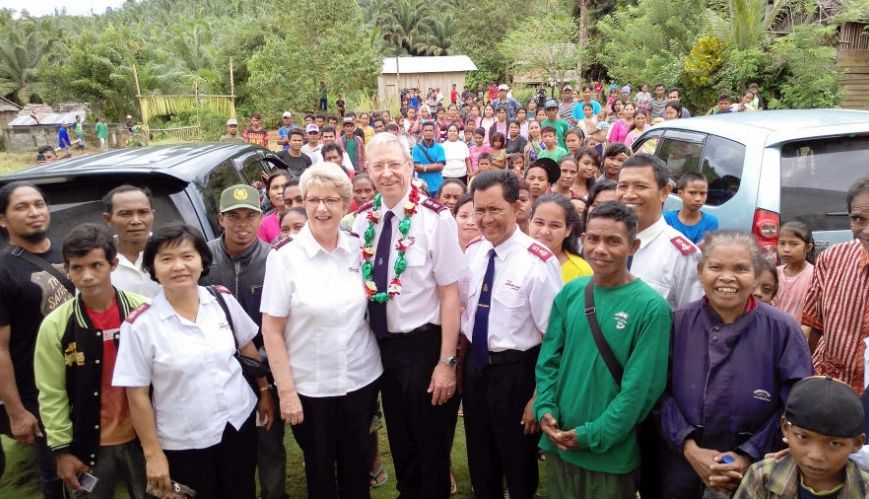 Commissioners retire after 38 years of service

Commissioners Jennifer and Peter Walker were territorial leaders of Indonesia Territory during their active officership.

Their last appointment was as corps officers at Perth Fortress, where they had served since 1 August 2019, after four years as territorial leaders in Indonesia. Peter was the territorial commander and Jennifer was territorial president of women’s ministries.

Indonesia was their second overseas appointment. They had served in the Singapore, Malaysia and Myanmar Territory from January 1992 to January 1994.

On their retirement, the Walkers wrote: “We feel incredibly privileged to have been given the opportunity to serve God through our calling to ministry in The Salvation Army. We are grateful for his sustaining grace and for the bonds of friendship forged with so many in Australia and across international boundaries.”

The Walkers entered Officer Training College in Melbourne from their home corps of Morley, Perth, as cadets of the God’s Soldiers session. They were commissioned as officers on 11 January 1982.

They served as corps officers in Victoria for the first 10 years, initially at Bairnsdale and then at Moe and Rosebud.

Their first overseas appointment, to the Singapore, Malaysia and Myanmar Territory, followed, with the then Captain Peter Walker serving as manager of Kuching Children’s Home and Jennifer as assistant manager. Jennifer remained in her role for two years, while Peter was appointed, after 12 months, as public relations officer.

Two years later, the Walkers returned to corps ministry, firstly at Balga, in Perth, and then Hobart, where they served for nine years.

In June 2006, with the rank of major, Peter began a two-and-a-half-year appointment as divisional commander of West Victoria Division and Jennifer as divisional director of women’s ministries.

Peter was appointed chief secretary in July 2010, and the Walkers were promoted to colonel.

In August 2015, with the rank of commissioner, they were appointed to serve as territorial leaders in Indonesia, before returning to Perth for their final appointment. They will live in Perth in retirement.

An official retirement service has been delayed because of the coronavirus pandemic.