They are the ‘stars’ or lead characters in a new short film that The Salvation Army Worship Arts Department and the people from the Creative Arts camps are aiming to premiere later this year.

Paul jnr (aka PJ) is 24, single and heads up sales and marketing in the family business. He loves eating out, online gaming and partying.

PJ’s father Paul is a 50-year-old widower. He owns a building and construction company that has been passed down from generation to generation. He loves soccer and watching Netflix.

Ellie is 28 and works in the family business as the chief financial officer. She’s married to Matt Morgan. They have two children – Lilly and Zac. Ellie loves bushwalking, cake decorating and yoga.

They are the central characters in what is to be a uniquely modern interpretation of the Biblical parable of the Prodigal Son – the brainchild of The Salvation Army’s Melbourne-based Worship Arts coordinator Julia Roper.

Julia said she came up with the idea when the Worship Arts Department was considering how to replace the usual annual Creative Arts camps held at various locations around the country, which had to be cancelled because of the social-distancing regulations and fears surrounding the spread of COVID-19.

From it has come a virtual musical that is to involve many 15 to 30-year-old performers from around the nation who are to record their singing, acting, playing and dancing parts on their mobile telephones, tablets, cameras, desktop computers or other electronic means to be mixed together to produce the virtual musical – called Three Bags Unpacked.

“It’s quite different, but I think that’s important, too, because it illustrates that the parables that Jesus told are not restrictive; they’re timeless and they can be put into our own personal context and still be relevant,” Julia said.

To make Julia’s idea a reality, some of the most creative minds and talents in the Army have come together to produce a script and scores for the virtual musical. Now all they need is the cast.

A large Facebook and email personal contact campaign has been running to get as many musical hopefuls as possible to register and send in a recording of their area of expertise. Registrations closed on Sunday 20 June – although a couple of days grace has been given. 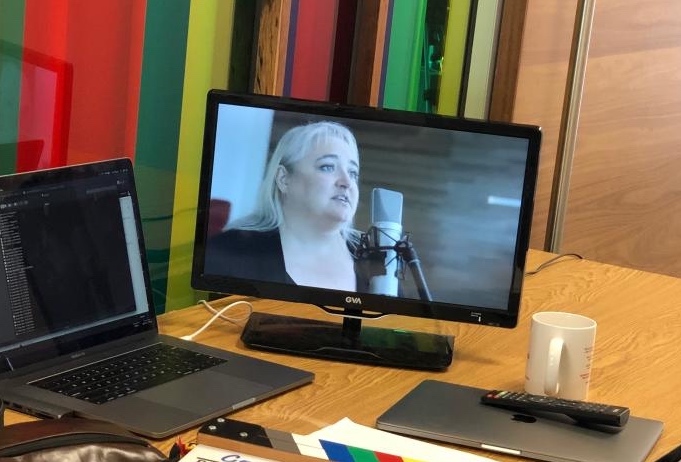 The virtual musical is the brainchild of Worship Arts coordinator Julia Roper.

Julia and her counterpart in Brisbane, Louise Mathieson, have been going through recordings that have come from “from every state”. Lead roles will be considered from those auditions.

“This virtual movie musical will be a unique way for our youth and young adults to connect with old friends and make new ones while being part of this fantastic musical theatre experience,” they said. Louise said it had taken the isolation regulations during the COVID-19 pandemic to “show this is possible”.

“We probably would never have thought of it if we hadn’t been forced into a situation where we can’t travel or get hundreds of kids together in a space, so this is, although there is an intense amount of work involved, a really good alternative to be still being inclusive and flexible. I think what’s exciting for all of us is the collaborative aspect of it,” she said, adding that doing the musical was making a feature of the limitations the pandemic had brought about.

Julia said that, once the project started rolling, it was quickly realised how “big” it could become. “We realise we had to pare it back because it was going to become a bit overwhelming,” she said. She said it was originally planned to have the script and songwriting as part of the virtual camp sessions but, because of the size of the project, it was decided to the Worship Arts team would take that on.

Three original songs have been penned.

Louise said that, while there had been various incarnations of collaborative recordings in isolation around the world, Three Bags Unpacked would be the first of its kind: “It’s insane but it’s totally awesome and I think one of the most exciting things is that nobody else is trying to do anything like this that we know of.”

Working in isolation, everyone involved would connect with a team through online meetings to brainstorm ideas, rehearse and encourage one another in the performance of their individual roles.

“Of course, with a limitation of time and space, we might have our key cast members in three different states, but hopefully we will be able to get them to film their bits in such a way that they can be spliced together into something illustrative of the whole,” Louise said.

Julia said the social aspect of the production would be a strong focus. “It will be one of the three Ss – skills, social and spiritual.” She added that there would be online Bible studies along with other social events such as games nights and dinners.

The script focuses on the theme “We’re Found Together” with the musical set in modern society with a background of topical issues and pastimes while portraying the parable’s message of redemption, grace and reconciliation.

Louise said that many Army young people, if they had not experienced it themselves, knew of someone who had gone through homelessness or been ‘couch surfing’.

“The thought of you’re not sure where you’re going next and you pack up all your bags and you go from couch to couch to couch – that’s the reality of what homelessness looks like for many young people in Australian society and so we tapped into that: the idea of packing up the three bags and going,” Louise said.

“It’s like PJ, the prodigal – he’s packing up his three bags with great excitement and venturing out and then he has to take his three bags progressively down the scale away from his highfalutin life back into his couch surfing and, in the end, the only thing he wants to do is take his three bags home where he can unpack for good; that coming home and being found together.

“That shapes the arc of the story which is straight from the parable but in the context that is something recognisable for a young person in Australia today,” she said.

The schedule sees the musical’s vocal and choreography components produced between 27 June and 10 July, the orchestra recordings from 4-17 July and the dramatic performance from 11-24 July. Technical production work is to begin on 27 June with final editing to start on 18 July.

A release date and online site to carry it have not yet been decided with Julia and Louise having said the focus was on getting the musical produced first before worrying about when and where it would get its world premiere.