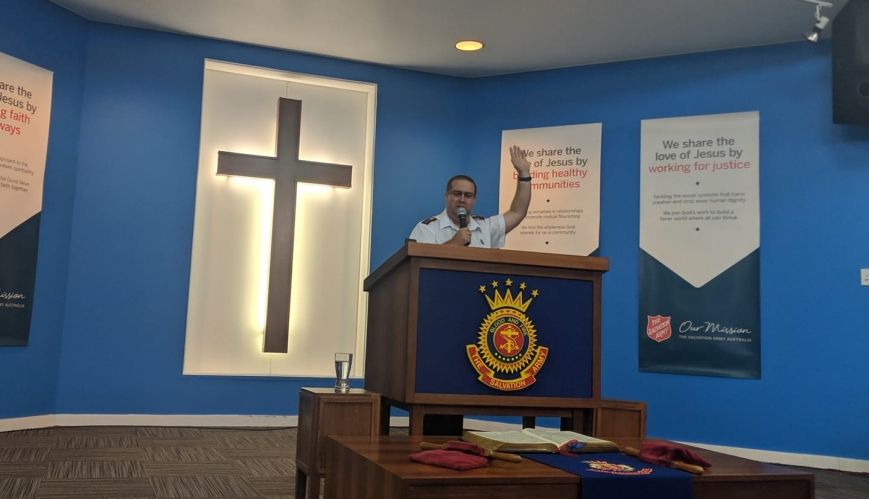 When Captains Mark and Zoe Schatz received a change of appointment to Bunbury Corps in south-west Western Australia, the role included not just the corps, but the oversight of a crisis accommodation service, a Doorways service and an additional appointment as the local Employment Plus Chaplains. Oh, and then there was Busselton Corps and Thrift Shop (just down the road) without any officer oversight.

“So, we picked it up as an additional appointment,” Mark laughed in a ‘you must think I’m crazy’ kind of way when asked about his new appointment about six months after starting in 2019. 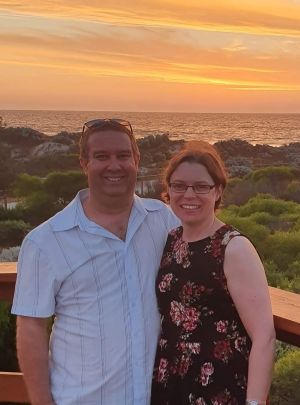 Mark and Zoe Schatz oversee The Salvation Army’s work on the southern coast of Western Australia.

Busselton is a seaside tourist town, about two and a half hours south of Perth. The Salvation Army’s Thrift Shop in the town was thriving, but corps attendance had declined over the years. The first thing Mark and Zoe did when they took on the additional appointment of Corps Officers was to shut down the corps – but only temporarily.

“We closed it down for about six weeks,” said Mark. “We just wanted to pray about it, and said, ‘God, what do you want us to do about it?’”

“I am doing a new thing,” said the Lord to Isaiah (Isaiah 43:19) and that’s what the Schatzes and their Bunbury leadership team felt he was saying to them about Busselton as well.

“We just felt like we needed to treat it as a brand-new plant, a replant from Bunbury,” said Mark. “And we just started inviting people from our Busselton Doorways service.”

One of the first to attend was Edith – and her six children – who had recently relocated to Busselton to escape an unhealthy relationship. “I didn’t even know The Salvation Army was a church,” she said, “but since we starting going there we haven’t looked back!”

She said she loves the inclusive way the children are embraced during the service and the way that ‘the pastors’ (as she calls Mark and Zoe) explain the Bible.

“The people in the Bible stories – you would think they would always be perfect ... it’s helped me so much the way they explain some of the stories in the Bible.”

According to Mark, there hasn’t been any ‘secret formula’ used in the replanting of Busselton Corps. “It’s just all about relationship,” he said, plus a dose of old-fashioned pastoral care, which has included hospital visits and phone calls.

That care has certainly touched Edith. Talking about struggling late one night with past trauma, she said, “Mark and his wife stayed on the phone and prayed for me and helped me a lot ... I’ve never met pastors like them, they’re really awesome.”

For Mark and Zoe, the additional corps appointment of Busselton is much more a blessing than a burden: “Busselton is just coming alive!” said Mark. “The community is starting to recognise The Salvation Army is not dead. We’re not done and God’s not finished with us. We still have life in us and because of that we’re going to keep marching forward to try to win the world for Jesus!”