Army in the trenches to battle veteran homelessness 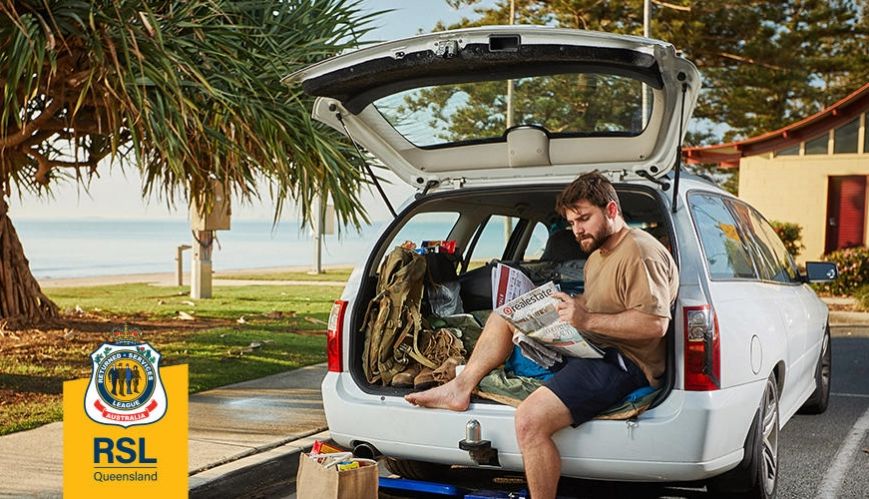 Army in the trenches to battle veteran homelessness

The Salvation Army is at the front line in working to end homelessness among Australian Defence Force veterans and is doing that with the help of the RSL.
Photograph courtesy of RSL Queensland

The Salvation Army has a long and proud history of supporting defence force personnel around the globe, whether during peacetime and or in theatres of war.

A new battleground has now emerged, with The Salvation Army at the front line of a fight against increasing homelessness among veterans of Australia’s defence forces.

Fresh from a radio station interview in the North Queensland city of Townsville – site of the Lavarack Barracks – The Salvation Army Veteran Support Worker in Queensland, Johnathon Dyer, said the tactical response was the state’s Veteran Support Program.

Johnathon said the program not only worked with the client to find them a home but that help continued once they and their families had a house to ensure “the right supports” were in place, such as links with medical and social networks. “All the kind of stuff that goes into making a house a home,” he said, adding that it was one of the major differences between the Army’s program and those run by other organisations. 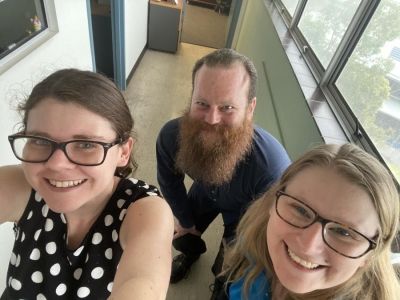 The program, which had been going for three years, began after a study released by RSL Queensland recommended it go into partnership with a specialist homelessness service to meet the needs of homeless veterans, Johnathon said.

RSL Queensland’s opening salvo in response was to approach The Salvation Army, which is recognised as one of Australia’s largest homelessness service providers, to create the bond recommended by the report.

The Salvation Army has used data and information from the RSL Queensland report and also from last year’s Social Policy Research Centre report on homelessness in the Australian Defence Force, which was commissioned by the Australian Housing and Urban Research Institute (AHURI) and funded by the Department of Veterans’ Affairs as its program has developed.

He said the AHURI said a veteran having served in the Army was more likely to experience homelessness than counterparts in the other defence forces and that officers were less likely to find themselves in that space. “We don't see many officers at all, if any,” he said.

Many of the homeless veterans were most often those medically discharged rather than those who had chosen their discharge dates, he said. “Transition from the ADF seems to be a lot harder on the person.”

“Transferable skills is a huge thing in the veterans’ community and there are services in the community that exist for that exact reason, to help the veterans to write a resumé and list the skills that they’ve learnt in the defence forces – in civilian language,” Johnathon said.

The Salvation Army Red Shield Defence Services across the country works with Australian Defence Force personnel while they are still within the services. Programs, such as The Salvation Army Veterans Support Program, help when they are discharged.

The Salvation Army ramped up its commitment on the issue during National Homelessness Week in August, pledging to end veterans’ homelessness.

During National Homelessness Week, The Salvation Army, along with other peak and industry bodies, called on the government to provide increased investment in social housing to end homelessness, while injecting a much-needed economic boost into the building and construction sectors across Australia.

Livia Carusi, The Salvation Army General Manager of Homelessness Services, said the Army was committed to converting into reality its message that no veteran should be homeless.

“We want to focus not only on service provision for those currently in homelessness but also on prevention for those most at risk. Our veterans deserve better,” Livia said. “No veteran should experience homelessness. A safe, affordable and secure home is the very least we can ensure, accompanied by the necessary supports required.”

The Army believed veterans were among “the most vulnerable populations within Australian society” to experience homelessness, due to the high proportion of mental health issues, such as the strong prevalence of post-traumatic stress disorder, relationship breakdowns and alcohol and other substances abuse.

It said 5.3 per cent of “contemporary veterans” became homeless within 12 months of returning from assignment compared to 1.9 per cent of the wider Australian population experiencing homelessness.

Johnathon said The Salvation Army’s support of veterans experiencing homelessness stretched back as far as World War One. He said that, throughout the life of the Veterans Support Program, The Salvation Army and RSL Queensland had helped secure housing for about 250 homeless veterans and, in the past six months, had successfully helped 85 per cent of those looking for support.

“We want to encourage Aussies to become more aware of the issue of veteran homelessness and to stand alongside the Salvos and other charities doing amazing work in this space,” Johnathon said.

Johnathon, whose father and grandfather are veterans, has worked in community services programs for about 15 years, having spent six years in the homelessness space.