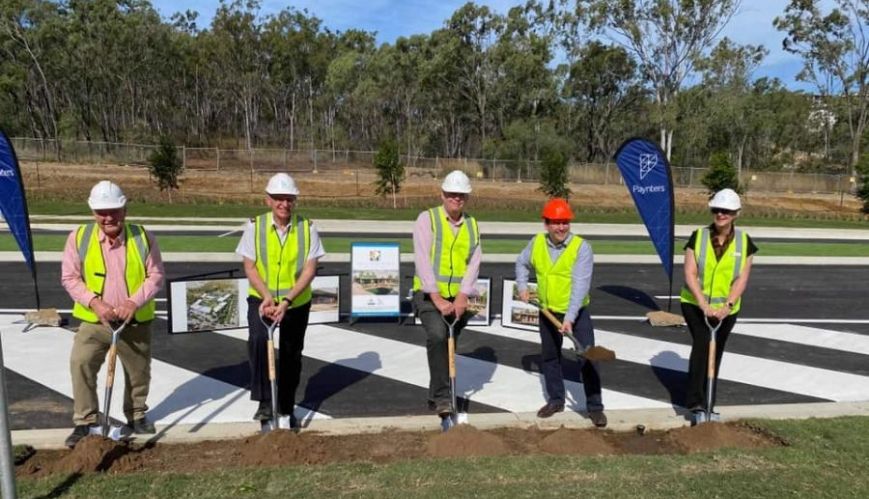 The first sod has been turned on a multimillion-dollar community and family precinct in the North Queensland mining town of Gladstone – and The Salvation Army is heavily involved.

The sod-turning represented the completion of Stage 1a of the Philip Street precinct and the realisation of a Gladstone Region Social Infrastructure Strategic Plan that recommended centralisation of community services close to an existing retail centre service by public transport. 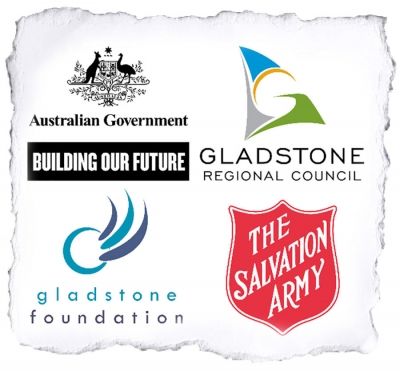 The funding partners involved in the development of the Philip Street Community Precinct in Gladstone.

The Queensland Divisional Cabinet, headed by divisional leaders Lieut-Colonels David and Sandra Godkin, attended the on-site event to mark the beginning of the earthworks phase of the project, which has already been 10 years in the planning.

Chris said once all stages were completed the Philip Street Community Precinct would not only provide a hub for community services but would also include a retirement village and aged care facility.

He said that more than 50 per cent of the site would remain green space with “thousands of plants and trees”.

The Salvation Army is keen to be involved in the project, which will see it have a holistic approach to helping those less fortunate in the community and improving the link between social services and Gladstone Corps.

Chris said he had liaised closely with the council during initial discussions and was looking forward to seeing how it played out once the precinct was finished.

He said it was good to see the project get to the latest stage in its development with multiple organisations working together to benefit the entire community. “It is a multi-faceted project addressing multi-faceted things,” Chris said. “It is a great way forward and a unique way for The Salvation Army to work.” Chris added he would effectively be the manager of the Army’s presence on the site as it was the “lead provider” of services.

He said people would get the help they “genuinely needed” with “better and holistic outcomes” and it would be “a one-stop-shop holistic presence in Gladstone.” People often approached the Army for help with a specific need but, in reality, that need was symptomatic of an underlying cause, Chris said.

With several Army programs on-site – such as Doorways, Moneycare and Case Management, Chris said those people would find in the Philip Street precinct “multiple exits” to resolve other uncovered issues including “warm referrals” to food banks and other triage services.

The $17.9 million Stage 1a was funded through the Federal Government’s Regional Jobs and Investment Package, the Gladstone Regional Council and the Gladstone Foundation, in partnership with the Army.

The council said the precinct passed its first milestone in April, which involved more than 14,000 cubic metres of soil being cut, filled and compacted at the site. This was followed by the completion of 400m of roadways, which included 1000m of kerbing and 5000 square metres of asphalt surfacing. Matt said Stage 1b would involve the construction of four buildings, internal parkland and playground and landscaping and be completed by June next year.

He said Stage 2 was to include an internal service road, car parking and construction of another five additional buildings, “with occupants yet to be determined”.

“The Philip Street Communities and Families Precinct has been designed to strengthen Gladstone’s social service system by clustering facilities in order to enhance community outcomes, helping address current and future human and social services needs for the region,” Matt said. “Once complete, the precinct will provide essential services for individuals, community groups and the wider Gladstone Region community.” 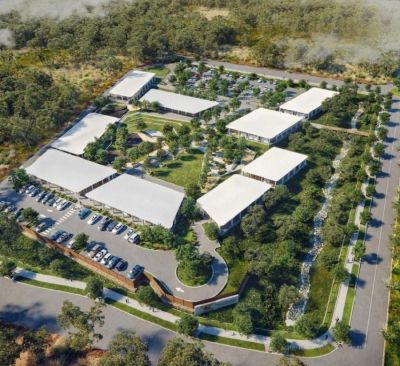 An artist’s impression of the project at completion.

The vision project stated that “rapid population growth, demographic change and the cumulative impacts of significant industrial projects” had increased pressure on social infrastructure to the detriment of the vulnerable residents of the region. The strategic plan recommended that the region’s “number one priority” should be around social infrastructure for the “co-location and integration of human and social services and facilities to address the fragmentation of the community support system”.

The council, in its Corporate Plan (2018-23), said it believed its Philip Street Communities and Families Precinct would be the “principal social infrastructure initiative” to address the “human and social services needs for the region” by “mapping a clear direction towards creating a strong fabric of community connectedness, lifestyle and enhanced liveability in the Gladstone Region”.