Pathway to Social Justice a 'way forward' for Australia Pathway to Social Justice a 'way forward' for Australia

The Salvation Army has released its contribution to the growing conversation about how Australia can use the opportunities presented by the year 2020 to reshape its society. 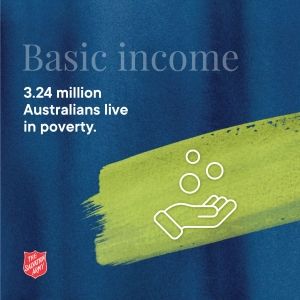 The document, titled ‘A Pathway to Social Justice’ identifies some of the ‘pressing issues’ that The Salvation Army says Australia needs to confront, along with practical steps the nation, communities and individuals can take to make a difference in positively transforming Australia.

The report then goes on to detail what can be done on a national, community and individual level to ensure these benchmarks can be met.

The Salvation Army General Manager of Policy and Advocacy, Jennifer Kirkaldy, put together the report and said with nearly 60,000 people connected to The Salvation Army in Australia (officers, employees, soldiers, adherents, volunteers etc.), if each one became connected in some way to put into action some of the suggestions in the report, the Army would be well on its way to transforming Australia, one life at a time.

“We say in our vision statement that we want to transform Australia, one life at a time, with the love of Jesus,” she said. “We intuitively know what that means but now we are starting to outline what a transformed Australia could look like.

“Where we want to get to is an Australia where people have their basic needs met, everyone is included, everyone has equal opportunity, and everyone can have hope for the future.” 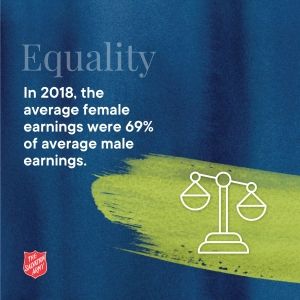 She said the first thing people could do on their journey towards this outcome is to stop and think about the systems and processes that are in place in different areas of their lives. “It’s really easy to just walk through life and focus on the things that are right in front of you and not think holistically.

“In the discrimination space for example, just because this system works for me, is it the right system? Are we excluding people just because we haven’t thought about it?”

Many of the actions in the report are less about taking on significant extra commitments or making huge life changes, but more about attitude and being mindful. Within the homelessness space, the report urges people to treat people who find themselves homeless with dignity and respect: “If you pass someone who is experiencing homelessness, acknowledge them and say hello.”

Within the family violence space, the report encourages people to believe anyone who reveals to them, either explicitly or through subtle hints, that they are experiencing family violence. And also, to “be careful how we speak about family violence and call out people and organisations that use language that minimises or seeks to excuse violence against women.”

All personnel, employees, volunteers and Salvationists are being encouraged to download a copy of the report and read it, taking time to think about how they can contribute to its vision to seeing a transformed Australia come to reality.

The report can be found here salvationarmy.org.au/get-involved/advocacy