The future is now in Derwent Valley 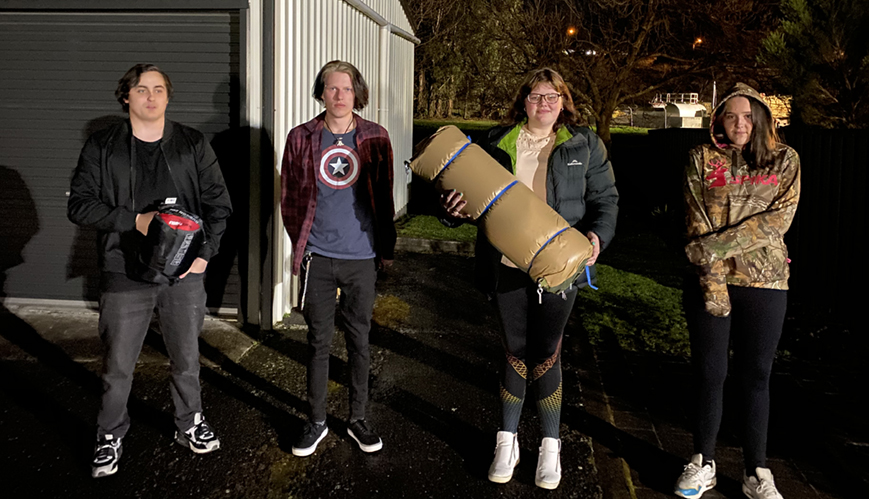 The future is now in Derwent Valley

Members of The Derwent Valley Youth Future Action team (D’FAT) have thrown their support behind The Salvation Army in Tasmania. Earlier this year they participated in the Salvos Sleep Out fundraiser for the Street2Home homelessness program, raising $1850 after donating six swags and six sleeping bags in April.

Young people will tell you that the future begins now – and it involves collaboration. This has become evident over the past couple of years with some of Tasmania’s brightest young leaders partnering with The Salvation Army through the Derwent Valley Youth Future Action Team (D’FAT). 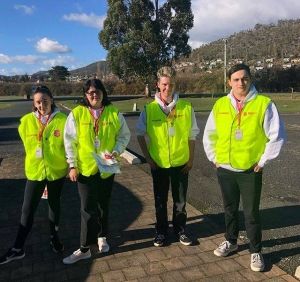 Members of D'FAT have volunteered for the Red Shield Appeal since 2003.

D’FAT is the youth advisory group for the Derwent Valley Council, just east of Hobart. As long-time supporters of the Red Shield Appeal, the group signed a Memorandum of Understanding with the Salvos in the Derwent Valley in 2018, signifying a shared a vision to develop activities and projects for young people in the area.

“During early 2018, D’FAT was in the need of a new home for its meetings, New Norfolk-based activities, projects and storage of owned equipment,” says D’FAT facilitator Matt Hill. “Following D’FAT approaching four community organisations with this need, D’FAT and the Derwent Valley Salvation Army developed the partnership agreement (MOU).

“This partnership agreement builds upon previous work between D’FAT and the Derwent Valley Salvation Army, but also allows greater opportunities for us to work together to benefit the Derwent Valley community, families, children and young people.”

As a Salvation Army Supported Housing employee, in addition to his role as a facilitator for D’FAT, Matt’s connection with The Salvation Army only enhanced the partnership, and it has expanded to address social justice, housing and homelessness issues relevant to the area. This has allowed D’FAT to continue their involvement in the Red Shield Appeal.

They have expanded support to the Market BBQ fundraiser for the corps, and the Salvos Sleep Out fundraiser for the Street2Home homelessness program when they raised $1850, after donating six swags and six sleeping bags in April. The corps building has even become the hosting ground for D’FAT’s learning activities, including video-making, FIRST LEGO League Team and official meetings!

“Derwent Valley Corps is a long-time location for D’FAT meetings, activities, projects and storage of owned equipment; so it has provided D’FAT with a sense of ‘stability’,” said Matt. “This stability has allowed D’FAT to ‘grow and flourish’!”

Despite having to navigate challenges in 2020, including some remote learning and social distancing, the group’s expanded mission has only widened its influence. The small youth advisory team is now “bursting at the seams” with 15 young people who all want to make a positive change to the future of Derwent Valley.

For the team of Salvos at Derwent Valley, this partnership with D’FAT is just one of the exciting relationships that have grown in the past couple of years, signifying a change in the public’s perception of The Salvation Army.

“This year the council will partner with us and bring a whole lot of volunteers together to provide a free Christmas lunch on Christmas Day. And our Corps building and surrounds is the local evacuation area in the event of an emergency,” said Dianne.

“Derwent Valley Salvos are about having an influence and an impact on the culture around it. This has led to [our team] building trust in areas where there once was mistrust in the past.”

How’s that for changing the future?