Unlocking the door to hope after bushfire crisis 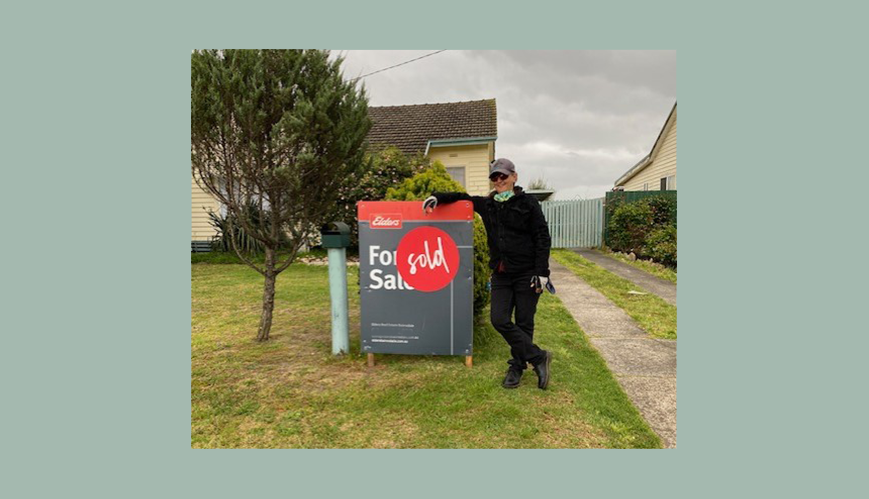 Unlocking the door to hope after bushfire crisis

Cindy stands proudly outside the house she has purchased after the Salvos gave her the support to get her life back on track. She lost her previous house in the Black Summer bushfires.

A new year can mean a fresh start, but any plans Victorian resident Cindy had for the future were thrown into chaos on 29 December last year when a bushfire alert escalated into a fight for survival. 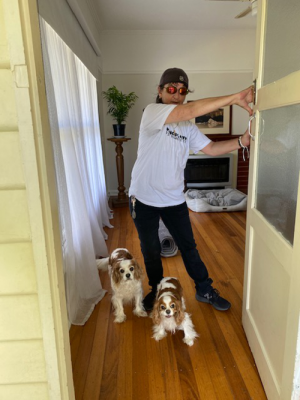 Door to a new start in life ... Cindy and her dogs now have a new place to call home after many months of temporary accommodation.

Cindy was forced to evacuate her house in Bairnsdale, East Gippsland, when it came under threat from bushfires.

“I got the text message saying the Buchanan fire was imminent, so I put my dogs in the car,” said Cindy. “I locked the door to my house behind me and I was really frustrated with having to leave because I thought I would be back tomorrow.”

With literally nowhere to go, she found some emergency accommodation under a stranger’s roof for a few days before temporarily moving into a friend’s shed. Ten days later, Cindy returned home only to find it had been reduced to ash and rubble in the fires. Realising she had narrowly escaped with her life, she now knew she had to start rebuilding – physically and emotionally.

Cindy was connected to various social services, but things didn’t go to plan, and a series of events left her homeless. She also began displaying symptoms of Post Traumatic Stress Disorder. She walked the streets of nearby Lakes Entrance for three days with her meagre possessions and her dogs. Cindy admits she had almost lost hope by this stage.

It was at this low point that Cindy met Lea Davis, a bushfire outreach worker for The Salvation Army in the East Gippsland region.

“When I first met Cindy, she was really angry,” said Lea. “I think she was caught up in a myriad of letdowns and disappointments, and this had left her feeling she had lost all hope of ever getting back on her feet.”

Lea’s ‘solution-focused’ therapy gave Cindy hope. She found she was eligible for a bushfire funding grant from The Salvation Army and Lea helped her gained some short-term accommodation.

“I listened to Lea and I thought, ‘This is a real person,’” Cindy recalls. “It was good to see someone who looked in my direction ... but actually saw me.”

Cindy was now in a position to begin her ‘fresh start’ and successfully applied for a home loan. In October, she moved into her new home.

She credits her late parents for giving her the tenacity to get through tough times – and the support of Lea to let the healing begin. “I don’t think they [my parents] let it be in my nature to give in. In the face of adversity, I keep going,” said Cindy. “I can now start my life again.”

Cindy is just one of thousands of Black Summer bushfire victims who have been assisted by Salvation Army workers this year, all following the territory’s vision statement: Wherever there is hardship or injustice, Salvos will live, love and fight, alongside others, to transform Australia one life at a time, with the love of Jesus.

Cindy's story can also be read in The Salvation Army's 12-month bushfire disaster appeal report, which can be found HERE.