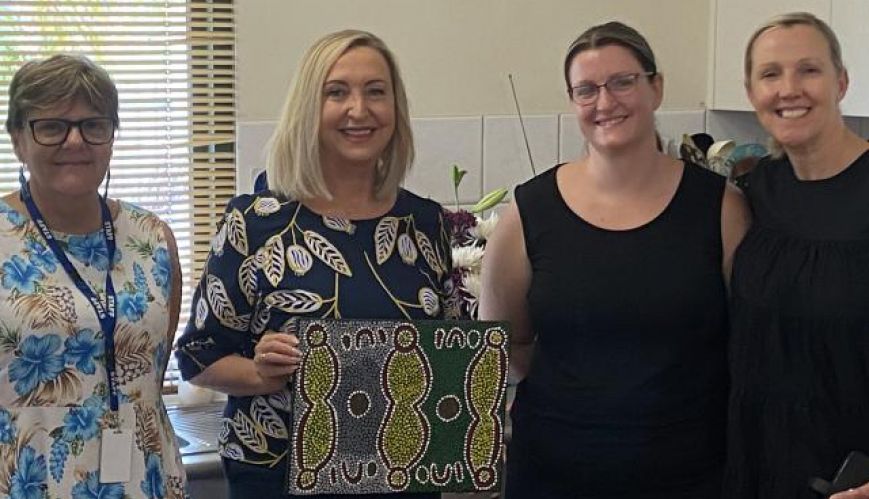 Vicki took the opportunity to speak with staff and stayed for morning tea in the 90-minute visit on 12 February.

Captain Peter Jones, Northern Territory Public Relations Officer, said Vicki, who had a background in the family, children and disadvantaged sector, had asked to visit the facility.

She wanted to encourage the clients as they worked through their issues, the staff for their dedicated work, and The Salvation Army in running the facility in such an important area. Peter said Vicki was happy with what the Army was doing and how the facility was being run.

Peter said Vicki enjoyed the opportunity to “get back out and see what’s going on in the community”.

The Northern Territory Administrator performs a similar constitutional role to that of a Governor in Australian states and does not take part in the political process.

Following the tour, guests and staff were served a special morning tea prepared by a client with a catering background.

The refurbished facility is expected to be able to accommodate more than 30 residents – up from about 10 now – and improved access to other Army services.

Erin said the project was still at the planning stage and no construction start date had been confirmed.

Peter said it was still being determined as to whether clients would be housed in other accommodation in the community during the reconstruction project.