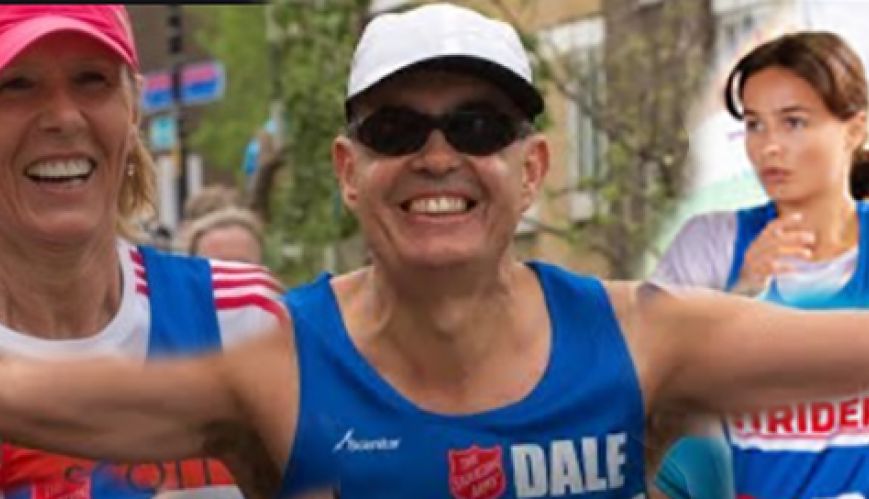 People from across the world are being invited to take part virtually in the London Marathon and break a record and raise money for The Salvation Army in the process. Major Dale Murray (centre), the Toowoomba Corps Officer, has run in the actual event. Artwork: Darryl Whitecross

People from across the world are being invited to take part virtually in the London Marathon, help to break a record and raise money for The Salvation Army in the process.

The COVID-19 pandemic caused the cancellation of the London Marathon last year although quick steps were taken to get the event to be run virtually.

That proved successful in many ways. It was the first time the marathon had been run that way. About 38,000 people completed the distance from across the world – not all running. It has been recognised by Guinness World Records.

This year, organisers want to break that record of 37,966 – and Australian runners have the opportunity to take part and support The Salvation Army in the process.

Each finisher is to be sent an official world record certificate.

This year, barring any COVID-19 restrictions, a full field of 50,000 runners (also a record number of entries) is expected to be back on the streets again to complete the traditional London Marathon course – from Blackheath to The Mall – on 3 October.

Ruth Driver, from the Army’s Community and Events Fundraising Unit in London, said no more entries were being received for the actual event but the Army would accept more ballots from around the world for its team in the virtual run.

Ruth, who manages the Army’s entrants in both aspects of the race, said all virtual competitors would receive running numbers as the actual runners did, as well as the official finisher medal and T-shirt upon completion of the distance.

People competing in support of the Army are to be sent a ‘Sally Army Striders’ team running vest. She said: “This is the most inclusive marathon ever.”

All registered runners would have access to the official London marathon software, which would track and log their progress and to show they completed the 42.2km: “There are also other exciting features on the app like audio commentary featuring famous voices at different milestones of the race.

“There are still places available and entries are given on a first come, first served basis. The entries for the virtual event have been open since 16 February and we have already had many inquiries, which we are currently processing.

“Participants can choose to run and fundraise for The Salvation Army and, already, we have quite a few ‘own place’ runners using their public entry to fundraise for one of our projects or for their local corps.”

International runners have 24 hours to complete their 42.2km.

The Army is not the principal charity for the marathon this year but, each year, it is involved in the event by having supporters take part and fundraise.

“It’s our biggest fundraising event of the year as is true for most other charities so it’s really fantastic that we essentially have two marathons for our supporters to take part in this year – one in London and one virtually wherever they are,” Ruth said.

While entrants have the opportunity to direct their donations to a specific corps or services in the UK, the principal target for the Army is to support its work against human trafficking and modern slavery.

To enter the virtual event to run for The Salvation Army, head to salvationarmy.org.uk/virtual-london-marathon