Solomon Islands on a mission to compile its history 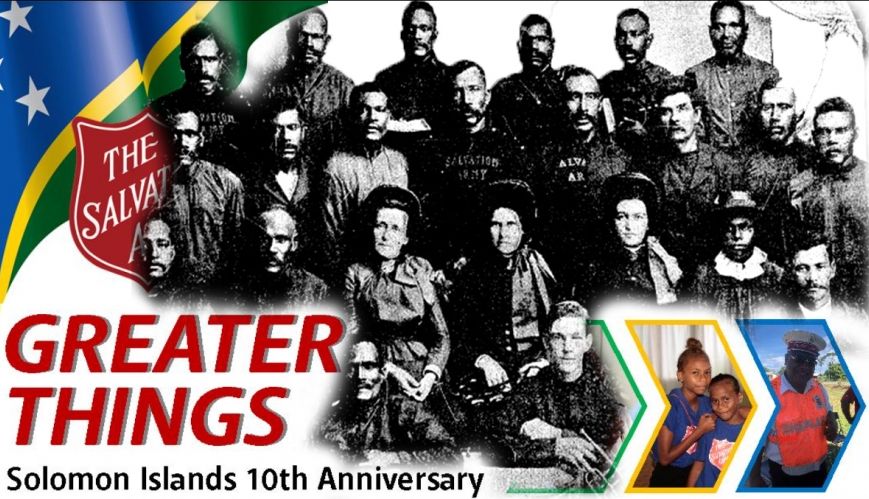 Solomon Islands on a mission to compile its history

The Salvation Army this year marks the 10th anniversary of its work in the Solomon Islands and, as part of the commemorations, a project has been launched to collect and document the history of a Salvationist presence there.

A Solomon Islands soldier proudly holds The Salvation Army flag at the official launch of the Army’s work in the Pacific nation in 2011. Photo: Shairon Paterson

Garth Hentzschel, whose home in Brisbane is a comprehensive museum to global Army history, is helping with the project.

Garth said he was working with Solomon Islands District Officer Major Robert Evans on the project, which aims to equip the people of the sovereign state with the knowledge and skills to create an accurate and comprehensive history.

“We are discovering some amazing historical snapshots that reveal a vision by early Salvation Army pioneers for the Solomon Islands that pre-dates our launch in 2011,” Robert said.

He said it was hoped the history would be captured and published in the Australasian Journal of Salvation Army History.

The Solomon Islands already produces a monthly newsletter, which is to form part of the historical documentation.

Garth said little history is recorded in written form in the Melanesian culture, as it is with many similar cultures. It often was passed through the generations in storytelling.

He said the Army in Queensland historically had a close link with the growth of the Army in the country. South Sea Islanders, which included people from the Solomon Islands and Vanuatu, lived and worked up and down the Queensland coast, principally in Buderim and Bundaberg, as cane farmers – known as ‘kanakas’ – and had become part of the movement.

When returning to their home countries, they took with them Army ideology and theology. 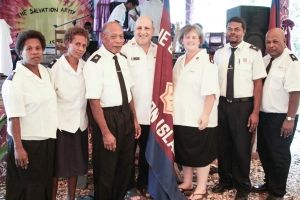 Historical records indicate Salvationists travelling to the islands as early as 1894 – including expatriate Australians – who took home their uniforms and other resources such as song books, setting up circuit corps and leading meetings.

It is believed the Army had a presence on the islands during World War Two, principally to provide its traditional relief and support to the troops, and again in the 2000s when civil unrest broke out but that did not develop then into permanent work.

Garth said he believed there were several reasons why the work did not flourish, which included a lack of resources and funds, and “there was the Great Depression of the 1890s”.

He said that Solomon Islands Salvationists had even sent letters to the Army’s second General, Bramwell Booth, asking for help in setting up the Army officially there.

It was hoped that some family members linked to the original Salvationists there could still be found and their stories told.

Garth said the people working on the Solomon Islands history project wanted to discover how God “strategised” to prepare the Army for its eventual official launch there in 2011 – its “pre-history”.

The Army in the Solomon Islands is planning for anniversary celebrations in November.