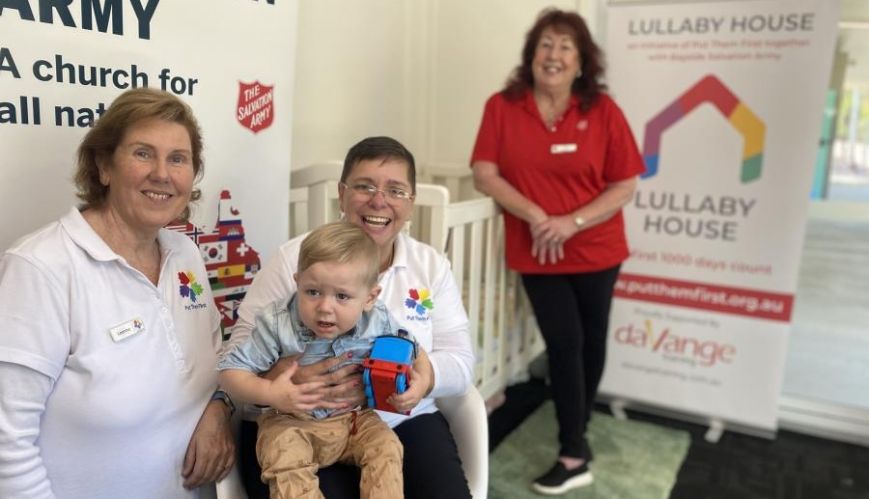 Brisbane’s Bayside Corps has become the site of a pilot program to provide a home-like nursery environment – called Lullaby House – to facilitate contact visits between biological families and infants in their care.

Lullaby House is an initiative developed by the Put Them First (PTF) organisation, which began in 2018. As a non-profit program, PTF focuses on the first 1000 days of a child’s life to prevent children from ending up, principally, in foster care. It believes this could be significantly traumatic for babies and toddlers of that age span to go into such care.

Charmaine Stubbs, the Collective Change Facilitator for the Army’s Doorways program, identified Bayside Corps, located in Alexandra Hills in Brisbane’s eastern suburbs, as an ideal first site for a Lullaby House. The corps verandah on the side of its worship and administration building was built in and fitted out to accommodate the program.

Bayside Corps Officer Captain Natalie Frame said the corps was developing a “collaboration/hub approach” to ministry and mission and that Charmaine believed a Lullaby House worked well under that approach.

“[Charmaine] introduced us to Heather [Roddick] and Leanne [Robson] from Put Them First, and then conversations with them started getting us excited about the possibilities of partnering together,” Natalie said.

The corps was already running a program where the Department of Child Safety coordinated supervised visits between parents and children in care four days a week when it heard about the Lullaby House project.

“Because PTF primary referrals could come through the department, this partnership seemed a right fit,” Natalie said. 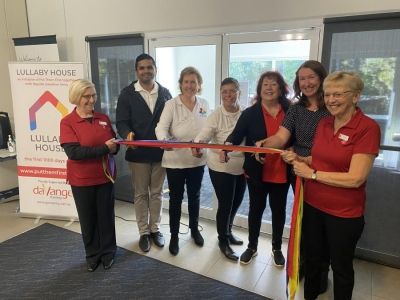 PTF’s Head of Community Engagement, Leanne Robson, said supporting the attachment between a parent and their infant by providing a “warm and inviting space” to have contact and by encouraging and upskilling parents would lead to better outcomes for children.

“That may or may not result in reunification for children [with their parents], but we want to give the parents the best opportunity to achieve that if that was possible,” Leanne said.

Heather Roddick, PTF founder, said the organisation began as “a conversation between two carers” and had grown into a small group of volunteers and supporters who seek to raise awareness of the issues around children in alternative care.

One of the first steps in that vision was establishing the pop-up Lullaby Houses where all stakeholders in the child’s care could receive help, training, support, information, and rest.

Heather, who has been a carer to 17 children over time, said while the Bayside Corps Lullaby House was a “pop-up model”, a purpose-built, standalone facility would be constructed if the pilot program were successful.

She said it was hoped future Lullaby Houses would continue to provide a space for carers to receive training and attend workshops to support the development and wellbeing of the child in care. A mentoring program also was part of the vision.

Contact visits where there was considered a high risk to the child were run at Child Safety Service Centres. Families working towards reunification generally meet with their children in safe, community settings such as those provided by the Bayside Corps.