A safe place where lives are changed and freedom is found A safe place where lives are changed and freedom is found

Group discussions are a regular part of the START Community program.

Freedom from addiction is a life-long process, but a six-week therapeutic day-rehabilitation program at Berwick Salvos in Melbourne has just celebrated five years of giving people of all ages the tools they need to begin the journey.

The program, called the START Community* (often just referred to as START), offers assistance and a holistic approach to recovery to those battling with addictive behaviours, including drugs, alcohol and gambling.

Since its beginning in 2016, START has been filling a gap in the system by providing a flexible, open-ended program and allows immediate commencement. Anyone over the age of 18 can attend this free program.

Dean grew up as part of the Salvos in Melbourne. He played in the junior band and was part of children’s and youth groups. “Although I didn’t always connect with the church, I always had a faith,” he says. “I just didn’t really understand that growing up, and I wasn’t aware of God’s hand on my life.”

In his “mischievous” teenage years, Dean left the Salvos and took a different life path. “I was heavily into drugs and became addicted to heroin for almost 20 years,” he says quietly. “I was homeless a few times and lived on the streets. That time introduced me to a side of life that people should not have to experience. There were people in the church who didn’t give up on me, despite me burning the bridges.”

During an early attempt at rehab, Dean connected with some people from the Salvos who supported him through a long transformation journey. A few years later, though, he went back to his addictions. 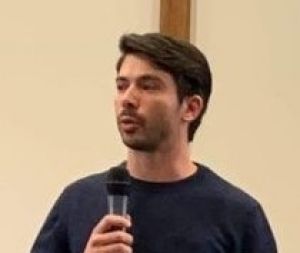 “It was an incredibly low point for me to be deep in addiction again and looking at going to jail,” he explains. “Through the providence of God, I avoided jail, got clean and, with my partner at the time, stopped using.”

During this time, Dean was living with some Salvos officers. One evening they were watching a television program about the cost of private rehab and its success rate. The officers had worked in drug and alcohol programs before and, after much conversation and discussion, the idea of the START program was born.

The Salvos accepted a program proposal and granted initial Red Shield Appeal funding to get it up and running as a church-based mission program. The first six-week program began in August 2016 with six participants.

“People can commence the program at any time and continue as long as they like,” Dean says. “There is a sense of community here; it’s a place where people can be heard and seen for who they are. People feel safe, valued and respected.”

Participants come from various backgrounds and include people sleeping rough, couch surfing and domestic violence survivors. “Everyone is accepted here,” says Dean. “We believe in people until they can believe in themselves.”

In the early days of the pandemic, START moved to meetings via Zoom. “This was initially challenging, but once everyone got used to it, our numbers grew,” says Dean. “We had groups of around 18 before, but during lockdown, we had up to 36. We even have one participant living in regional Victoria, as well as some from the local detox unit.”

One of the volunteers, Sandra, had just walked into Berwick Salvos in 2017 to help out with anything. It turned out she was doing her Certificate IV in AOD and needed placement hours. “We accepted her offer to do her hours with us, and since then, the volunteer and placement program has developed over time,” Dean explains.

“Sandra’s cousin, Leonie, found out through Sandra that we were taking placement students and did her placement hours for her bachelor’s degree here too. She is now employed 15 hours per week. Other students volunteer their time as well.”

As funding has increased, additional staff have been added to the program. One former participant, Jeff, came through START, completed his Certificate IV in AOD and is now employed.

“Our work is definitely a team effort,” says Dean. “We’ve become a bit of a ‘factory’ for seeing lives change, people getting well and then going into AOD studies. Having spent so long in the drug lifestyle, I still sometimes look at all this, and it’s almost unbelievable!”

Dean shares that when he came out of addiction and START began, he still had faith in God but “not much of a spiritual life”. The START program has changed this.

“A few years ago, numbers were dropping off, funding was hanging over our heads, and I was offered another job,” Dean says. “I started praying, asking for God’s help and got the sense that this was the right place to be, and as long as there is START, I will stay.

“We now have a Tuesday night Bible study on Zoom, new people come along, including agnostics, and we are seeing even more openness and change in people’s lives. The START material mentions God, which opens up a lot of conversations. People know we are not telling them what to believe; everyone’s view is valid. One participant, who does not believe in God, now plays in the Salvos band on Sundays because of how his life has changed through START.

“Hope and encouragement are what we’re about here.”

Berwick Salvos officers Majors Greg and Lenore Pack actively support START. They join the participants for the supplied lunch as often as possible and join in the birthday and special milestone celebrations.

“This program is something that should be happening in more places,” says Greg. “It’s helping transform lives; it gives people a community, hope and a place they can call home and meet with others going through similar situations.”

Lenore agrees. “We just love having it and love having them! Although they don’t always see it, this is about sharing the love of Jesus, and that’s what it’s about.”