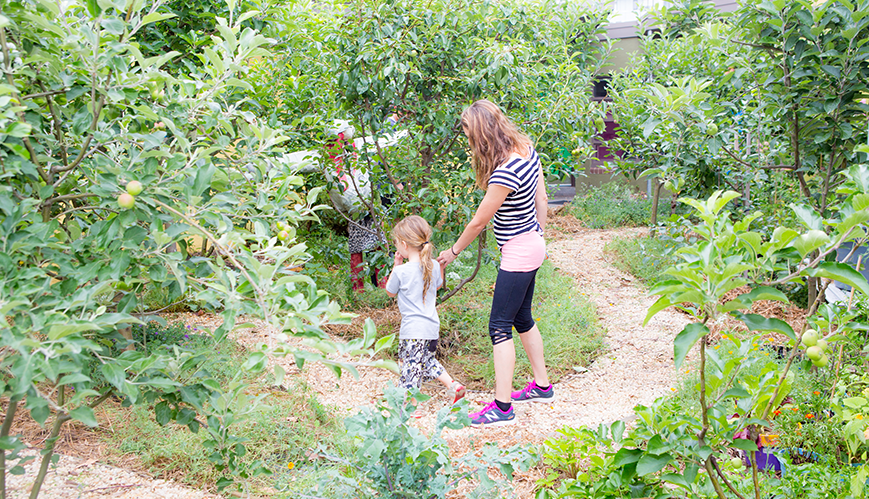 Young mums in Melbourne’s eastern suburbs at risk of homelessness enter the Yarrinup program to set up a new life for their families.

The connection between a mother and baby is sacred, but it’s not easy to nurture when you are focused on survival. For young mums at risk of or experiencing homelessness in Melbourne’s eastern suburbs, it is an uphill battle to balance the need to find accommodation with the demands of parenting. Three young mums are part of the Yarrinup Mother and Baby Program in Chadstone and live on-site in independent units to foster connection with their children and set up a new life.

That’s where The Salvation Army Yarrinup Mother and Baby Program makes a world of difference. Operating under the name Yarrinup for the past two years, the supported program houses three young mums aged 16-25 in independent, closed units in Chadstone and provides them with a range of on-site supports.

The program was developed with a therapeutic focus on the importance of attachment in the early years of a baby’s life. It means the program gives families the best chance to flourish once they exit the program after 12-18 months. And it’s worth noting that while the age bracket spans a decade, they haven’t yet seen a mother older than 21.

“Yarrinup will often accommodate families with child protection involvement or who are at risk of child protection becoming involved,” explained Claire Edmanson, Program Manager for The Salvation Army Youth Services at Upton Rd in Melbourne. “We work towards reunification and allowing parents the safety of housing stability to allow them to focus on developing strong attachment with their child. And the long term goal is to move them into a private rental and out of the homeless system.”

A new group of young women who have just started the program were referred after completing a four-week stay at Upton Rd youth refuge in St Kilda. This gave them time to assess their suitability for Yarrinup and all it entails – a meals program, a Wednesday open parenting group, developing life and parenting skills, and seeking sustainable accommodation upon completion.

Yarrinup’s Specialist Child Worker Gracie Pupillo works closely with parents. “Being homeless causes a lot of stress, and this means parents don’t always have the ability to tune into their child’s needs because they are focused on surviving,” she said. “Once the children’s basic needs are being met at Yarrinup, I’m there as a support to see what else the child needs – in physical development, learning development, in education.”

While case workers help the young mums develop their own skills, Gracie works with a child-focused lens. She says that building up a client’s self-worth is vital to their success as a parent. “I try to identify what strength I can already see – whether it be how they hold a child or look at it. I point out they already have skills to understand and know their child, and show them they aren’t judged,” she said. “These young mums are capable. They want to build skills, and they want what’s best for their child. If we can support them as they access services, then they can be independent. That’s what we want for them.”

The success rate at Yarrinup is impressive – last year, most participants completed the program with children in their care, one even regaining custody of a child previously removed. And, they all found private rentals once they graduated from the program.

The Yarrinup Mother and Baby program evidences God in all aspects of its work. “Our service is based on non-judgemental service provision, and inclusion of everyone,” says Claire. “Everyone should have the opportunity to learn and grow as parents.”