International students reaching out to Doorways 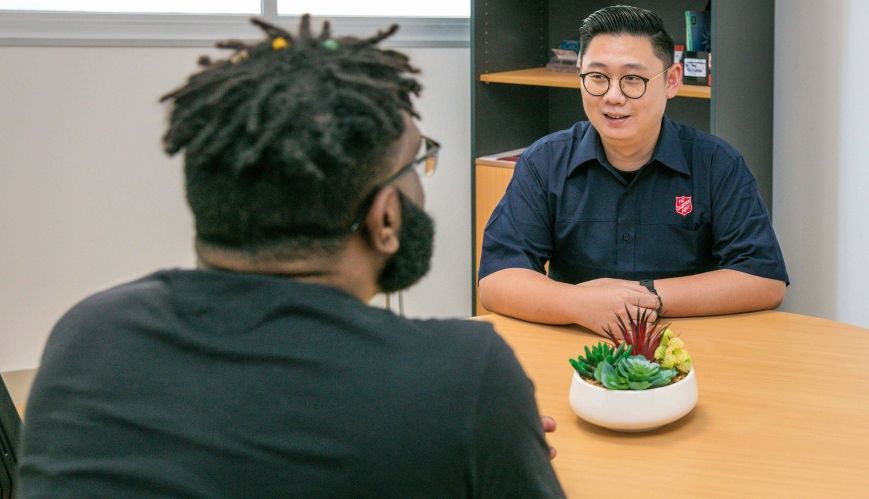 International students reaching out to Doorways

Many international students around Australia have sought assistance from the Army’s Doorways services, which provide emergency relief and holistic case management referrals to internal and external support services.

One of the hardest-hit groups during the COVID-19 pandemic has been Australia’s international student cohort, according to Doorways manager Vaughan Olliffe.

“There was a massive rise in international students seeking assistance from Doorways last year to the extent that one in six people who sought support from Doorways was [from that cohort],” he said. “[It’s] a massive group in terms of need.”

Before the pandemic, international students received financial support from family in their country of origin or found part-time or seasonal work. However, as their families experienced their own lockdowns and the students found less work available in Australia, many struggled to make ends meet.

However, international students are just one cohort feeling the strain, with thousands of Australians calling on the Army for help to meet day-to-day expenses, pay unexpected bills, or formulate a plan to reduce the economic impact of their situation.

Vaughan, who oversees about 80 staff across NSW, ACT and Queensland, said his teams had experienced an influx of ‘new’ community members seeking help due to the economic impact of the pandemic.

He said that many people experiencing hardship, going in and out of lockdowns, and the revision of government financial support packages had led them to experience a sense of powerlessness to change their situation and feelings of isolation.

“Community members facing challenges around poverty were at least used to having a level of autonomy and control, but that has been taken away in the past 12 to 18 months, with uncertainty around income generation and lockdown duration and outcomes,” he said.

Time for a conversation

As Australia marks Anti-Poverty Week 2021, The Salvation Army is encouraging people in the community experiencing financial difficulty to reach out and seek support early. The theme for Anti-Poverty Week (17-23 October) is ‘Money Talks: The conversations we need to have’.

Recent research by the Australian financial services comparison body, Canstar, found that more than 95 per cent of Australians said they were feeling financially stressed.

Vaughan said the Federal Government’s JobKeeper payments and increases to JobSeeker last year had sustained many but, as support had been reduced, many again were struggling, and demand was increasing.

Doorways supports community members beyond times of financial emergency, with its case workers able to help those who reach out to the service work to identify and solve some of the issues that may be contributing to long-term economic hardship. The service works hand in hand with the Army’s Moneycare financial counselling service to assist people in regaining control of their finances.

Doorways and other Army services also support people in ‘generational poverty’, where families had been in poverty for two generations or more.

Vaughan said research showed that the longer a person engaged with Doorways case work, the more likely they were to see change. “Does that mean they’re exiting poverty? No. Not necessarily,” he said. “It means they’re making the changes they want to make. Some things can be done to make a real difference in people’s lives.”

Vaughan has been in his role for five years after being a project assistant with Doorways before that. Before working for the Army, he attended Bible college and was the business manager for the Centre for Public Christianity.