Man on a mission takes to the road in Outback Man on a mission takes to the road in Outback

Majors David and Robin Pullen are to lead a mission trip through areas of Far Western New South Wales as the rebranded Rural and Remote Ministry, formerly the Mobile Mission Team, hits the road again.

The Salvation Army New South Wales/Australian Capital Territory Division is looking forward to a new-look ministry to rural and regional areas next year.

Fay Foster, the Divisional Adults Secretary, said the new Rural and Regional Ministry Team would aim to add value to communities they visited and bless the residents there through practical and spiritual initiatives.

Fay said the Division has a strong desire to reach people in all parts of NSW and ACT and to ensure the people of smaller communities do not miss out on the support and experiences that an Army group is able to provide. The mission trips will coincide with significant occasions during the year and reach people of all ages, including children.

The new team is open to a wide range of participants. Besides caravanners, the team is to include people travelling in their own private vehicle, such as a 4WD, and even people in corps buses. Accommodation is to be booked at each overnight site. 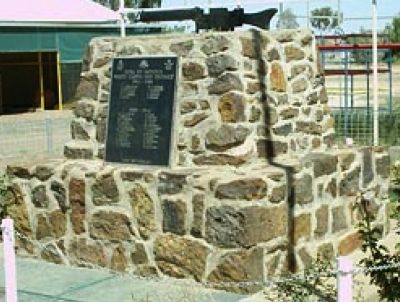 The war memorial at White Cliffs, NSW, to be visited by the Rural and Remote Mission Team on Anzac Day 2022. Photograph: NSW Register of War Memorials

Majors David and Robin Pullen have been appointed to lead the team.

David said the new RRMT is planning two trips for next year. The first, in April/May (over the Easter and Anzac Day periods), to be known as The Outback and Darling River Run, is to start in Broken Hill and include Wilcannia, White Cliffs and Louth before finishing at Burke.

The trip is to officially begin on Maundy Thursday, 14 April, with a Passover event before heading off from Broken Hill on Day One of the mission, which is to finish in Burke on Sunday, 1 May.

"Louth is a small community − it wouldn't have any more than 20 people − but the Army has a history there from the Whittaker and Smith days," David said. "There are still people there who remember Brigadiers Flo Whittaker and Ruth Smith.”

David said there were "two prongs" to the mission trip: "To build resilience into community but we're also wanting to provide a missional expression for Salvationists." 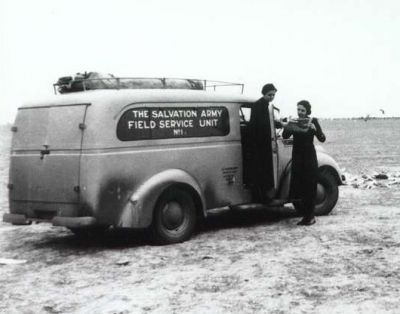 It is hoped a second trip will be run in early June, taking in Merriwa, Coolah and Gulgong in the Central Tablelands and the wider Central West regions of NSW.

"There is some urgency that people register for the first trip by the third week of January so that accommodation can be arranged," David said.

All applications need to come with a recommendation from their corps officer or mission leader and each team member needs to complete the required NSW Working with Children Check and Criminal History Check.

To apply to be part of the team, email Fay at fay.foster@salvationarmy.org.au or telephone 0448 890 082 for an application and recommendation form.