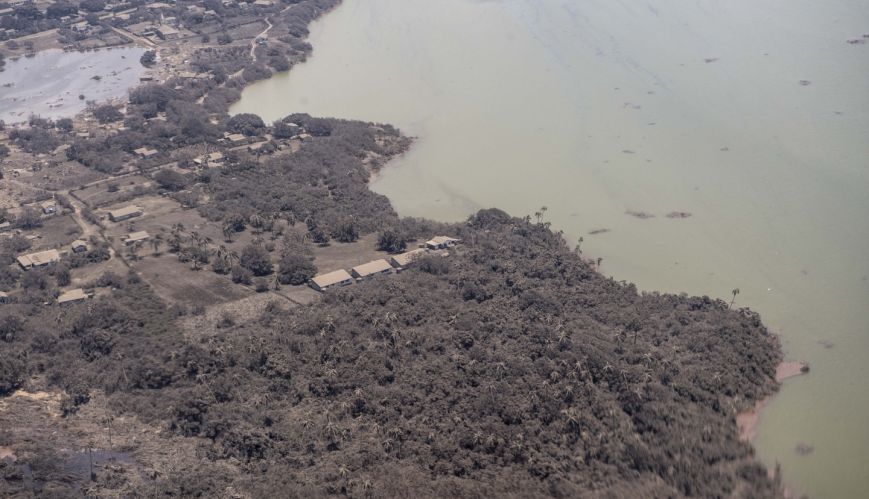 The small island of Nomuka, north of Tonga’s main island of Tongatapu and the capital Nuku’alofa, was covered in ash after the underwater Hunga Tonga-Hunga Ha’apai volcano erupted on 15 January. Picture: Royal New Zealand Air Force.

Australian Salvationists are being encouraged to support a territorial appeal to aid humanitarian and recovery efforts in Tonga and Fiji following the underwater volcanic eruption and tsunami in the South Pacific Ocean on 15 January.

Major Bruce Harmer, Australia Territory Public Relations Secretary, said the donations from the Tonga Tsunami Appeal would be added to an initial $50,000 sent to the New Zealand, Fiji, Tonga, and Samoa Territory (NZFTS).

“Communities in Tonga were decimated as the island nation felt the full force of the eruption and subsequent tsunami, [so] we’re asking our faith communities to support the islands of Tonga as they recover from crisis,” he said.

Commissioner Mark Campbell, NZFTS Territorial Commander, welcomed the assistance. “We are very concerned for the wellbeing of people caught up in this terrible disaster, including our own staff in Tonga. Our thoughts and prayers are with them along with everyone [there].” 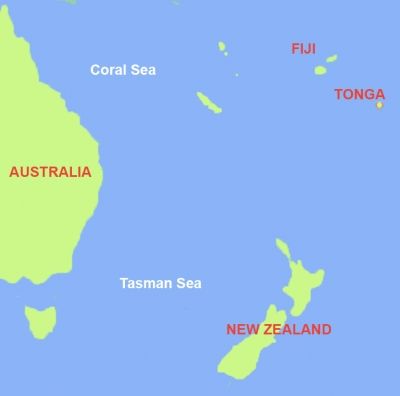 As the Hunga Tonga-Hunga Ha’apai volcano erupted, tsunami alerts were sent out across Fiji and several other South Pacific islands. Australia’s east coast, New Zealand, the United States, and Japan also received warnings. Tonga was the most affected, specifically the capital Nuku’alofa. Communications lines were cut for several days, making it difficult to establish the extent of the damage and where to focus immediate relief and recovery efforts.

The Salvation Army has had a presence in Tonga, about 2000km north of New Zealand, for more than 30 years. Army staff are based on the islands of Tongatapu and Vava’u. Tongatapu, the main island of the 169 that make up the archipelago, is where the capital Nuku’alofa is located.

Mark said Army staff were working with authorities and using established networks to do whatever they could to help people in need. He said in a radio interview that, after having had brief contact with Army personnel in Tonga, he had learnt that significant damage had been caused to Army property in Tonga, specifically by flooding, including the main corps building in Nuku’alofa.

In Fiji, the tsunami affected six islands in the Lau group, closer to Tonga than the main islands of Viti Levu and Vanua Levu.

Captain Andrew Moffatt, Fiji Divisional Commander, said the country’s main concerns initially were “acid rain” from the volcanic cloud, the quality of drinking water, crop damage, and a storm forming near the Solomon Islands, which was a potential cyclone.

Lieutenants Rupeni and Eleni Daucakacaka, the corps officers on the island Taveuni (north of the main island of Fiji), needed to repair minor damage to corps property. Water reached the officers’ quarters, but there was no damage. The couple and others had moved to higher ground as the tsunami approached.

To donate to the Tonga Tsunami Appeal 2022, click here. Donations are non tax-deductible.