Salvation Army goes into battle for victims of war 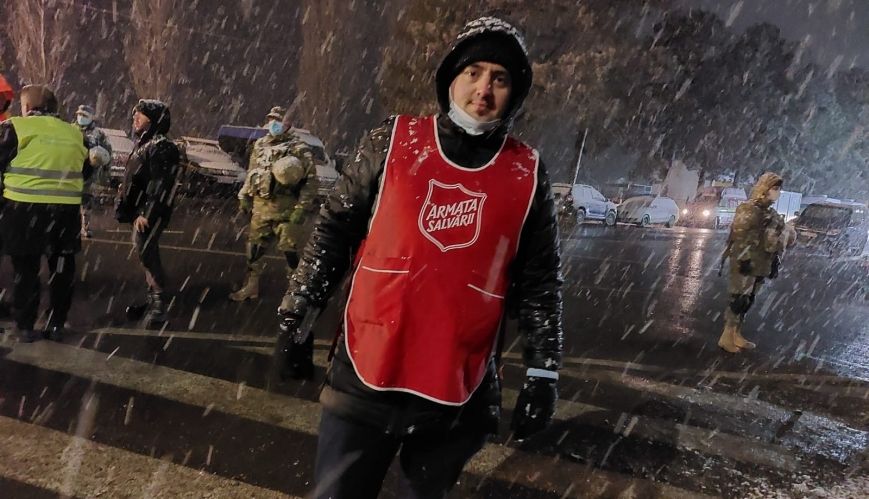 Salvation Army goes into battle for victims of war

Salvation Army officers, soldiers, and volunteers from Romania at the border with Ukraine meet those fleeing the war with food, hot drinks, toys for children and emotional support.

“Thank you for your prayers. Pray right now, and continue to pray. We are being attacked. We hear explosions. Our hearts are broken for this country.” 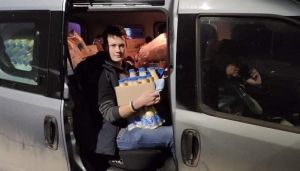 Ready to offer support to those impacted by the war in Ukraine.

These are the heartbreaking words of a Ukrainian Salvationist bravely trying to help those facing the invasion of their nation. From leading worship in a bomb shelter to providing food for those fleeing their homes to comforting the traumatised, The Salvation Army is working around the clock to support those impacted by war.

As the conflict in Uraine continues and the violence intensifies, hundreds and thousands of people – mostly women and children – have fled to neighbouring countries for safety.

The Salvation Army in Eastern Europe is assisting some of the more than 160,000 people who the UNHCR (United Nations High Commissioner for Refugees) estimates have escaped into countries including Poland, Romania, Moldova, and Hungary. The number of those fleeing continues to rise, with the UN warning the number could grow to five million or even more if fighting escalates. The situation has been described as a humanitarian catastrophe.

Below is a snapshot of some of the work being done by dedicated Salvation Army teams in desperate and heartrending circumstances. 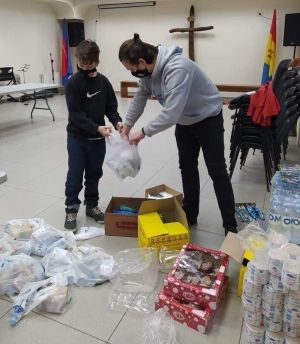 Salvationists in Moldova pack supplies to be distributed to those feeling the war in Ukraine.

Moldova
The Salvation Army in Eastern Europe is overseen from Chisinau, the capital of Moldova. The leaders are Australian Salvation Army officers Colonels Cheralynne and Kelvin Pethybridge. Scroll down to see a message from Colonel Kelvin.

Assistance is being offered to refugees from Ukraine, including emergency accommodation, hot meals and drinks, access to Wi-Fi, essential items, and a 24/7 hotline for information and support.

Salvation Army children’s clubs have also been busy packing essential food and hygiene items for those in need. They are also leading a drive in the Novy Beltsy district for personal hygiene items, water, bedding, pillows, and blankets to support the refugees.

Ukraine
In various locations across Ukraine, The Salvation Army is responding to the needs of internally displaced persons by providing urgently needed food and hygiene items.

In Kropyvnytskyi, 300km south-east of Kyiv, the situation is still relatively quiet. The Salvation Army distributed food aid for 60 refugee families and are ministering practically and spiritually to those who have fled from the east of the country.

One corps officer led a worship service in a bomb shelter this past Sunday. Other officers and soldiers have gathered to worship, pray, and declare the goodness of God. 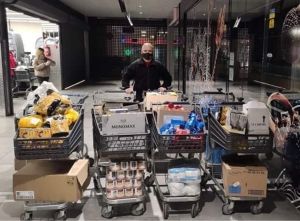 Corps in several locations across Ukraine are mobilising to get food and essential supplies to those fleeing the violence.

Another officer shared their thoughts: “Thank you for your prayers. God gives hope when a child is born in a subway shelter. God is with us because we are in our own country …

We pray for strength to survive another night and another day. We believe that God is faithful and hears every prayer. He is above all and everything. He is the King of the whole universe. Dark nights will pass, and bright, peaceful days will come in our country.”

Romania
The Salvation Army has formed a small emergency team, and a car filled with essential items is meeting refugees on the border with food, water, and toys for the children. The team greeted the distraught families with packages until the early hours of the morning and will return.

“The children were excited to see their toy, and we saw some innocent smiles on their faces after a traumatic time for them,” said Major Ionut Sandu, an officer in Romania. “We are amazed by the kindness of people, of Romanians in particular. We are a small team of three, but behind us, we have a big team of supporters. We are tired, but then we think of these people and the children who do not understand what is happening to them.”

Poland
The Salvation Army is currently preparing relief parcels for Ukrainian refugees coming into the country.

Russia
There are so far more than 60,000 displaced people in the southern part of Russia. The Salvation Army is responding to their needs by providing food, hygiene, and other relief items.

Slovakia
An emergency response team consisting of representatives from Slovakia and the Czech Republic is preparing to provide accommodation, material needs, and emotional support near the Ukraine border.

Czech Republic
Already home to 200,000 Ukrainians, the Czech Republic anticipates many refugees will seek support there. The Salvation Army has available capacity through its existing social services and stand ready to provide support.

Prayer request from the Pethybridges

This past Saturday, Colonel Kelvin Pethybridge shared these words – words that are applicable on any day of the week:

“Today is Saturday here, and I know that in a few hours as Salvationists around the world meet in worship, Salvationists here in Eastern Europe will be doing what comes naturally … giving practical and spiritual assistance, except this will be to those impacted by armed conflict.

“The theme for our territory this year is ‘Faith and Courage’. Our officers and soldiers are living that out, even in the midst of war.

“I ask that as you come together to please remember to bring the situation in Ukraine and the Ukrainian people before God. Please pray for peace between the nations, for the safety of those who are impacted by the unrest, and the safety of those fleeing the conflict.

“You might like to pause this morning and read Psalm 46. This is the Psalm that Salvos in Eastern Europe are holding onto in this time of conflict as they serve, feed and shelter people and have mobilised to give practical and spiritual support to those in need.

“Pray for peace in this troubled time.
Pray for the safety of those who are fleeing and already displaced.
Pray that there will be adequate hospitality from neighbour countries.
Pray for faith and courage for every Christian, especially our officers (pastors) and soldiers.
Pray for the de-escalation of the battle so that the threat of life is no longer a reality.
Pray that leaders will find a way to dialogue and find a peaceful decision.”

With thanks to Salvationist Magazine.