The desire for better connection 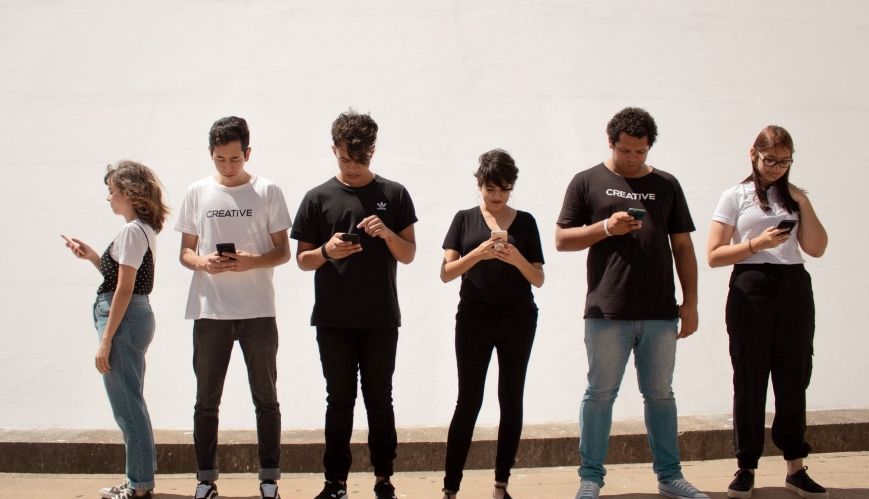 The desire for better connection

Use Social Media Day as an opportunity to put down the phone and think about your online life.

“I need a better connection!” You’ve probably heard this cry from many young people. For better or worse, today’s youth are more connected than any previous generation. Research shows that 91 per cent of Australian teens use a smartphone and spend more time than ever on social media.

For many, the significant increase in time spent online is a direct result of the COVID-19 pandemic. Lockdowns and enforced social-distancing requirements have impacted friends, family, work and study. Young people especially have spent more time online, with one survey finding that 40 per cent also reported severe levels of anxiety and depression. Young people have never been online more and have never been more unhappy.

“COVID highlighted what was already happening,” explains Sarah Green, Ministry Assistant at the Salvos Rev Church in Adelaide. Sarah works with dozens of kids, tweens and teens and has seen the impact social media can have. “Young people are finding their identities and projecting that through online platforms that, until school hours, have no off switch.”

A national mental health survey found that the majority of young people believe their mental health is getting worse and cite social media as the main reason.

“Online is just an extension of their real world,” Sarah says. “There’s no distinction between the two, but the rules in the different areas are different. Young people – and a lot of adults too – are ill-equipped to play safely.”

Social-media abuse often brings to mind threats of online predators or cyberbullying, but it may not be ‘stranger danger’ or ‘bullying’ that’s presenting the biggest challenge, but a culture of comparison.

“They [young people] have to constantly curate their image,” Sarah explains. “They respond to others, control the narrative of their lives, all while comparing themselves and being compared to billions of other humans.”

Studies reflect the harm caused by social media’s culture of comparison. Technology-based social comparison can be linked to depressive symptoms in young people. Social media platforms prompt young people to build an image of themselves that seeks approval with likes and shares, creating a literal rating system for their sense of identity.

“It’s a recipe for mental health concern,” Sarah explains. “[Since the start of COVID] there’s been a rise in children aged 10-12 being admitted to hospital with eating disorders. Health services and researchers now see them regularly. They didn’t two years ago.”

While these implications are frightening, many of the fears often expressed regarding social media have a familiar ring, having once been applied to older forms of media and telecommunication.

Social media didn’t invent the culture of comparison. A teenager’s world is already one where they find themselves constantly assessed in school, in the expectations of peer groups and their families, and in programs that chart their performance. Young people are forming their identities in a constant state of assessment. It isn’t just the online world that can create a culture of comparison, but rather the world they already live in.

Young people don’t decide how the world works, whether analogue or digital, but they can engage in it constructively. Radio, television and mobile phones have all been considered harmful in the lives of young people, but, in hindsight, they also became new ways to build community to grow connection.

“Just like many other things, social media is a tool,” Sarah says. “When used constructively, it can be used to drive connection. We use it heavily in our local youth ministry, and we would be very disconnected from young people without it.”

Research has shown that the influence of parents can lessen the negative effects of social media, and adults can start with the actions they take.

“I think as adults, we can do much more to set better examples of healthy approaches to social media,” Sarah explains. “We can demonstrate a better balance. At the end of the day, young people are just using the tools that previous generations built for them.”

All young people are looking for is a better connection. Adults built social media (and adults struggle with its challenges too). For better or worse, social media is here to stay. The key may be in the example adults set; to resist a culture of comparison and to instead grow patterns of connection.

Anthony Castle is a program writer with the Salvos Youth and Young Adults team.