More than a renovation at Camberwell 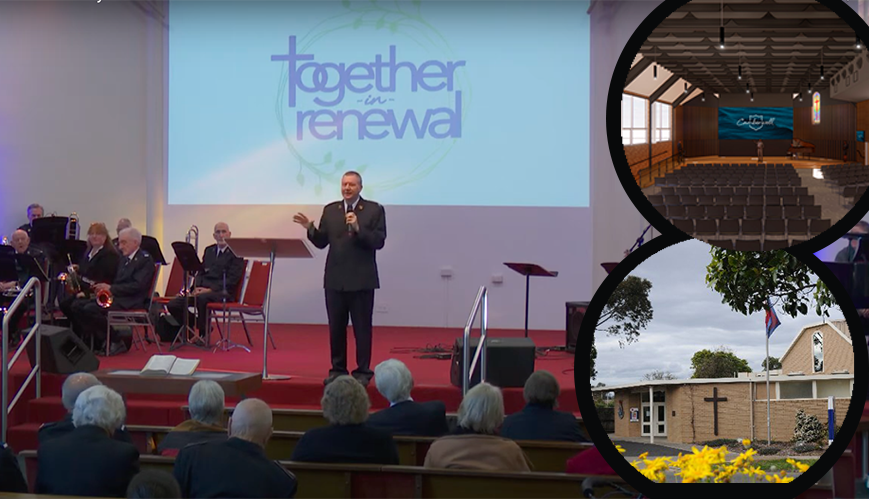 More than a renovation at Camberwell

Major Darren Elkington updates the congregation at Camberwell Corps on the state of the ‘Together In Renewal’ project, detailing the plans for the upcoming building renovation and the corps’ temporary relocation to Eva Burrows College. (Top right) Render of the new worship hall. (Bottom right) Current corps building.

There is nothing quite like walking into a newly renovated Salvation Army hall. The walls are crisply painted, history has been refurbished, and there is a sense of excitement in the air.

Camberwell Corps in Melbourne’s east is eagerly looking forward to that day in early 2023. But, in the meantime, the Bowen Street premises will be out of action for at least the next six months. 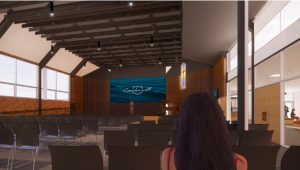 The $4.5 million project to renovate Camberwell Salvation Army will include a spacious, modern worship hall. (The conceptual render is pictured here, designed by Gray Puksand.)

It’s a good thing they know how to adapt because, more than ever, they have found church isn’t about the location; it’s about the people.

“We have been in these facilities since 1981, and it has served us well, but 40-plus years on, the building is looking tired, and it’s not meeting current compliance standards,” said Corps Officer Major Darren Elkington. “The renovation will enable us to engage and serve our community better and provide a welcoming space for us to enjoy fellowship and worship.”

The renovation will cost $4.5 million, with the final sign-off still to take place. Funding is coming from several sources including corps reserves and grants from Divisional and Territorial Headquarters. The original plan was to rebuild, but the cost would have been three times higher.

In addition, a local community grant of $17,500 will go towards the kitchen renovation, which will benefit the corps’ Community Lunch Program on Friday and Sundays. 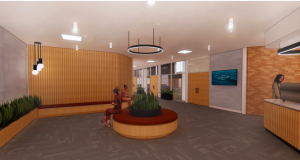 The new entryway to Camberwell Corps will include room for coffee facilities and fellowship with plenty of green space. (Conceptual render by Gray Puksand).

Thanks to the project management team at Turner & Turner, the renovated building will have a new entrance/foyer with coffee facilities, a spacious worship hall, revamped office spaces with breakout rooms, modern bathrooms and plenty of green space. These are exciting developments, to be sure. But the real story lies in the corps’ name for the project – ‘Together in Renewal’. Partnership and collaboration will be key to corps life during this season.

From 24 July, Sunday services will be held at Eva Burrows College – a 25-minute drive away. And to make sure everyone can get there, a mini-bus will operate between the two premises. This will also be the location of Explorers Kid’s Church, Corps Cadets and other children’s programs. The band will also hold rehearsals at the college.

Camberwell Corps will join with nearby Ringwood Corps a handful of times during the renovation process.

But, as we all know, there is more going on at a Salvation Army corps than Sunday activities. The Camberwell office staff, including Doorways, will base themselves out of a portable building, while Camberwell Baptist Church will host the corps’ Community Meals program and weekly exercise classes under the leadership of Norman Gale. And they’re not the only members of the community working with the corps during this period.

“Just Brass has decided to be based out of Ashburton Primary School, which will actually be really great for increasing local community interest and participation,” said Ministry Assistant Steph Elkington. “VINE Youth Group, led by Meg Bray, will be running out of Surrey Hills Corps, and Junior Youth Group, which happens twice a term, will be held between Box Hill and Ringwood.” 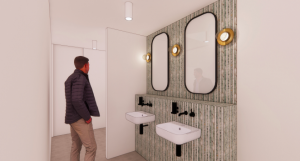 When the Camberwell congregation moves back into their renovated building in 2023, it will include fresh, modernised bathroom facilities, revamped office spaces and breakout rooms for activities. (Conceptual render of the male bathroom by Gray Puksand).

In itself, the Junior Youth Group is a testament to the collaboration of local corps, with the renovation amplifying the partnership between Camberwell, Ringwood and Box Hill corps.

When the trio of corps began the junior youth group, a girls group also began. But not to be dissuaded during renovations, they have decided to meet up at participants’ houses, establishing camaraderie through the process.

“Running the group out of the girls’ houses has created a really lovely sense of community and comfort that I don’t think would have occurred if we were holding the group at the hall,” said Steph.

Church may look a little different for Camberwell Corps in this season of change, but the renewal happening through their collaboration means they will have gained more than just a renovated hall when this is over – they will also see God’s fruit from their faithfulness.