You are here: Home › Reviews › 60 Second Verdict The Predator 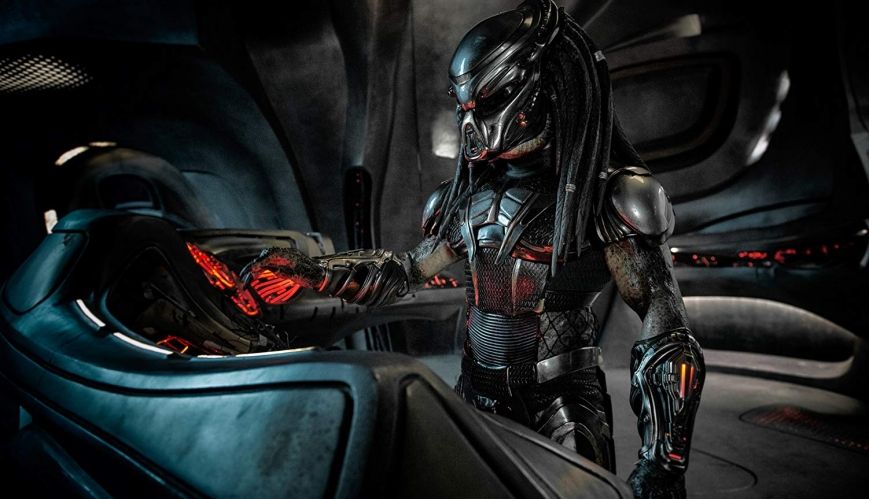 Predator writer-director Shane Black created the Lethal Weapon franchise and his love for action clichés and excitement comes through in this reboot.

More than 30 years since the first Predator movie, this reboot has yet another lethal alien on the prowl in our world. And like previous Predator outings, a ragtag bunch of misfit soldiers go up against the dreadlocked assassin. This time, sniper McKenna (Boyd Holbrook) also must protect his son Rory (Jacob Tremblay).

Loaded up with gore, violence and bad language, Predator does know a thing or two about putting together an escapist action movie. Writer-director Shane Black created the Lethal Weapon franchise and his love for action clichés and excitement comes through in his assembly of characters, total disregard for watertight logic, and commitment to shooting things down or blowing stuff up. The cast of on-the-rise talent pulls together well, especially the banter and posturing of Boyd Holbrook,Trevante Rhodes, Thomas Jane and Keegan-Michael Key.

Just before its release, Predator got caught up in a scandal when star Olivia Munn spoke out about discovering one of her co-stars was a registered sex offender. Her pushback resulted in the actor being cut from the film, forcing re-shoots and editing to occur. The results of this patch-up job show on screen. The second half, in particular, is awash with scenes which don’t add up, feel cobbled together and register as dumb or confusing. Characters go AWOL or provide information that comes out of nowhere, even though they claim to have mentioned it earlier. On top of such issues, Predator will deaden your senses with empty but bloodthirsty violence. Most showdowns between humans and Predators are formulaic, amplified by the overall absence of charisma or purpose. Oh, and the few additions to Predator “mythology” feel forced, as if trying to convince us that this loud, trigger-happy action flick actually has something to say about climate change or human survival.

Not too many life lessons or ultimate truths bobbing up amid the bullets and bloodshed of Predator. But as a viewer, I was struck by the low, low, low value of life that Predator operates with. People are knocked off in all kinds of nasty ways without much concern or empathy. Lead character McKenna is a sniper who not only enjoys his job (a lot of the time, anyway), he displays his lethal talents in front of his son, Rory. Having a child near the centre of the Predator carnage becomes off-putting and offensive, mainly because there’s absolutely no hint that all this gore and death might be bad for Rory. Violence on our screens is nothing new and Predator doesn’t take it to the next level. But as the body count stacks up with glee, not remorse or realism, Predator might cause us to question the deadening impact such vicious “entertainment” has – upon you or me.

Predator is rated MA15+ for strong violence. It is now showing.