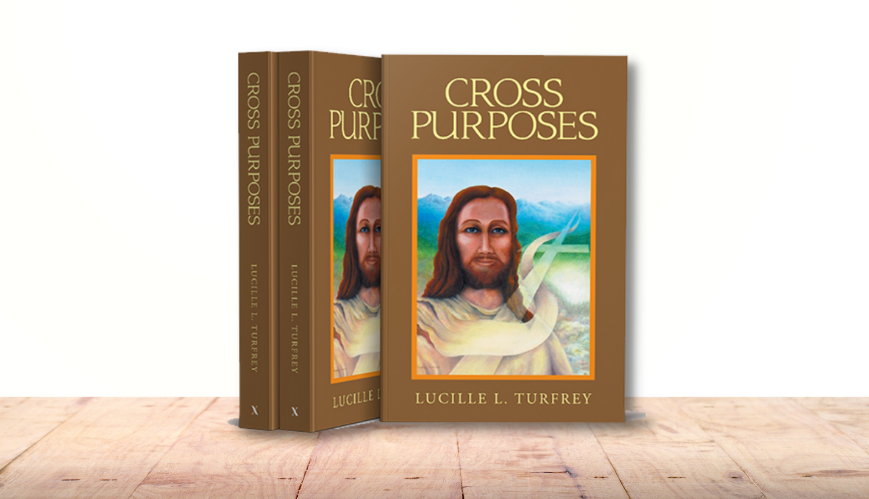 Lieut-Colonel Lucille L. Turfrey uses scripture to tell the story of Manaen, the ‘palace peasant’ spoken of in Acts chapter 13, who was part of the Early Church.

Retired Salvation Army officer Lieut-Colonel Lucille Turfrey OAM is a theologian, pastor, artist, author, and poet. And while Salvationists will be familiar with her Nature’s Parables series, Cross Purposes is her first foray into historical fiction.

Telling the story of Manaen, the ‘palace peasant’ who grew up with Herod, according to Acts 13:1, she expertly gives a moving account of a young man whose life was intertwined with the Saviour’s.

Written in the first person, the book nearly acts as a diary for the historical figure. That’s where Lieut-Colonel Turfrey’s expertise as a theologian comes to the fore. Her knowledge of ancient Middle Eastern culture, the Scriptures and the Hebrew language are pivotal in developing the story.

Taking us from Manaen’s birth, where he grew up as a commoner alongside the royal family, we see him grow in character. He witnesses the birth of Christ – giving us the imagery of Jesus as the ‘Lamb that was slain’ when he reunites with his friend 20-something years later as an adult. And other well-known figures also step into the story – the disciples, Nicodemus (Manaen’s teacher), and even Saul pre-conversion.

The depth of Lieut-Colonel Turfrey’s storytelling is exquisite and reminds you of classic stories rich in poetry, song and history. A beautiful account of a man’s life with Jesus, it is the perfect set-up for the sequel Cross Roads, which gives us insight into the Early Church.

Cross Purposes is available through Amazon.com.au and Lieut-Colonel Turfrey’s official website as a paperback, hardcover, or ebook. Visit LucillelTurfrey.com.