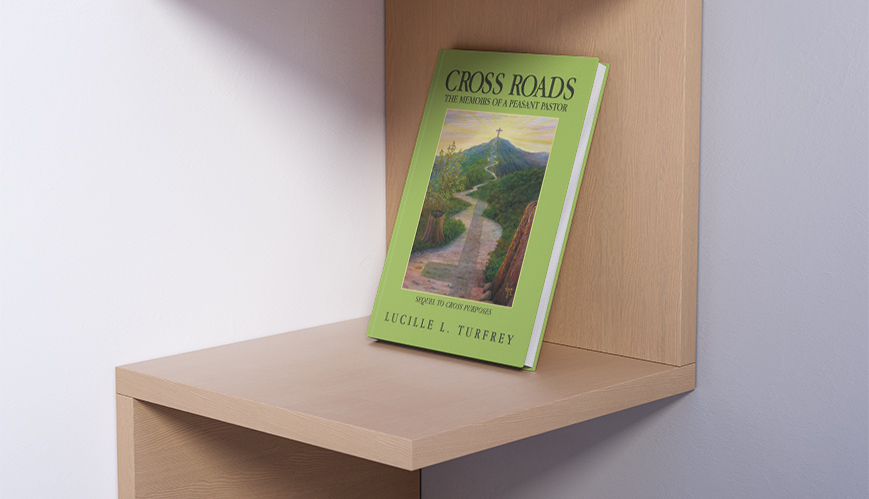 In the sequel to Cross Purposes, we learn how palace peasant Manaen became the peasant preacher. Mock-up by Anthony Boyd Graphics.

When Jesus died and rose again, Rabbinic scholars were confronted with the idea that he was the prophesied Messiah. As we know, not every Pharisee or teacher of the law had eyes to see this – but one who did was Manaen, the so-called ‘palace peasant’ referenced in Acts 13:1.

In the sequel to Cross Purposes, which detailed Manaen’s early life with Christ, Cross Roads – Memoirs of a Peasant Pastor continues his story. And we see him transform from the palace peasant to the peasant pastor – a pivotal member of the growing Church after Christ’s ascension.

Using the same foundation of theology, poetry, and history that drove the previous narrative, Lieut-Colonel Lucille Turfrey OAM uses her knowledge to highlight how Christ directly fulfilled the words of the prophets. And as Manaen rises as a teacher, friend, and mentor to members of the Early Church, including John Mark, Paul, Onesimus, and Lydia, the depth of zeal, persecution, and wonder of God’s Spirit becomes apparent.

By extrapolating on Biblical characters who are merely referenced in the New Testament, Lieut-Colonel Turfrey adds colour and depth to the Scriptures through her Spirit-led craft. Adding storytelling elements about grief, pastoring, prayer, and Paul’s letters, she then fleshes out the foundation of the Christian church and challenges us to partake in God’s mission today.

Cross Roads is available on Amazon.com.au and Xilbris Publishing.