You are here: Home › Reviews › Book Review Fragments Of Change 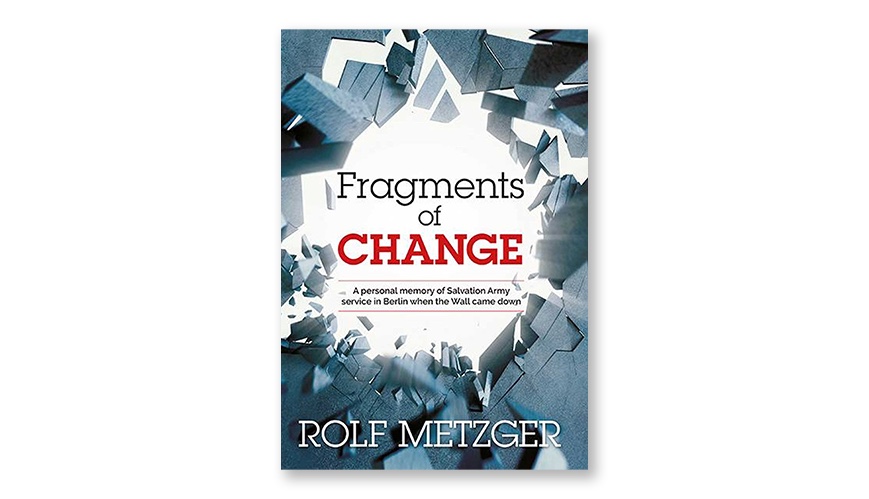 Fragments of Change is a moving account of the recommencement of The Salvation Army in East Germany after an absence of more than 40 years.

Major Rolf Metzger was a divisional commander for Berlin and the new Federal States in Germany from 1989 until 1995. His recollections were first published in German in 2003 and are now made available in English.

Fragments of Change: A Personal Memory of Salvation Army Service in Berlin when the Wall Came Down is a short, authentic, well-illustrated and at times most moving personal account of many small steps (fragments) leading to the recommencement of The Salvation Army in East Germany and East Berlin after an absence of more than 40 years.

For instance, with God-inspired initiative and determination, Rolf and his helpers initially provided refreshments and information to those from East Berlin experiencing new freedoms after the Wall was breached in November 1989. Using the same initiative and determination, he contacted former soldiers and friends of The Salvation Army in Leipzig and reactivated a corps there.

Working with its members, he secured an initial and timely registration for The Salvation Army in March 1990, as a legally constituted Christian community in East Germany. Various social services programs and corps then followed, each with their own story briefly told. Despite the many challenges and setbacks Rolf and his helpers faced, this book certainly testifies that ultimately “Jesus is victor!”