You are here: Home › Reviews › Book Review My Dear General By Wesley Harris 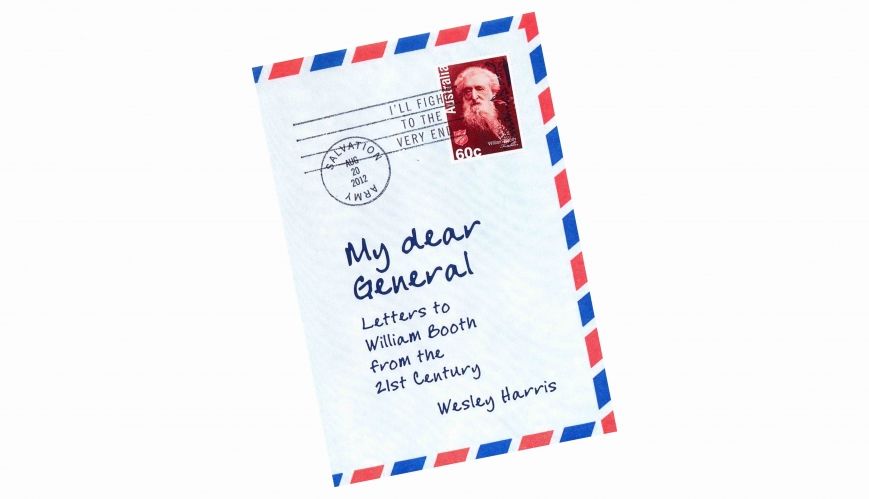 What would William Booth think of The Salvation Army in the 21st century? A timely read.

While not a ‘new release’, My Dear General: Letters to William Booth From the 21st Century is a timely read as we pass yet another Founders’ Day (2 July).

With unique insights into the Founder’s life and work – George Jolliffe, a former private secretary to the General, was a mentor to the young Wesley Harris – the letters celebrate Booth’s legacy while at the same time addressing momentous issues facing The Salvation Army today.

Wesley takes a look at the Founder’s early life and the stirring of his evangelistic passion, followed by his marriage to Catherine and their life and ministry together. He corresponds with the General about the God-inspired underpinnings of Salvationism and service to others, the expansion of The Salvation Army around the world, the high honours and promotion to glory of the warrior leader, and the enduring heritage of his faith-filled life.

Chapters are preceded by historical photographs, including a stunning depiction of more than a million people who packed the streets of London for William Booth’s funeral procession.

At the end of each letter, questions for discussion and reflection are included, as well as a Bible verse, making the book suitable for small groups as well as individual readers. First published in 2012, the message of My Dear General is just as pertinent today. You can purchase this provocative, challenging and thought-provoking ebook at amazon.com.au/My-Dear-General-Letters- William-ebook/dp/B008FEP7SS