You are here: Home › Reviews › Book Review Struck Down But Not Destroyed By Willi Kothe

Book review: Struck Down But Not Destroyed by Willi Kothe 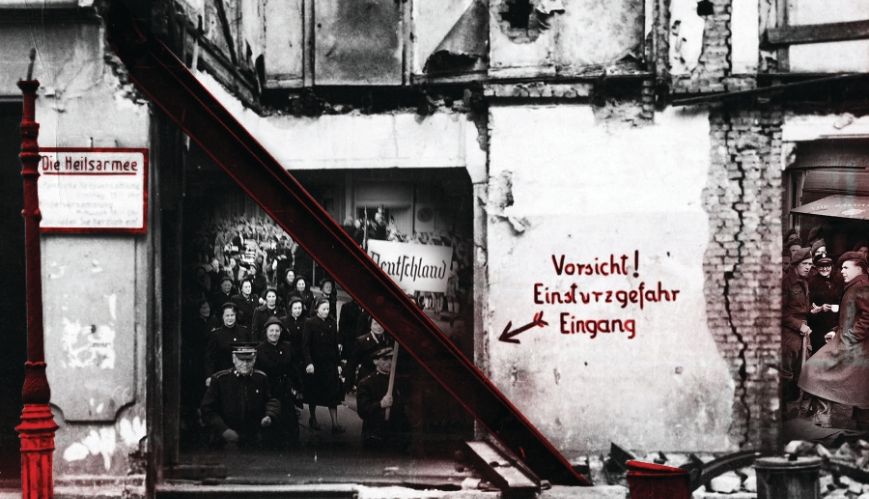 Book review: Struck Down But Not Destroyed by Willi Kothe

Like so many other Christian organisations, The Salvation Army came under increasing pressure during Hitler's regime in Nazi Germany.

We like to hope that we would remain true to our faith no matter the cost, but what do you do when you live under a government that is not only determined to control the way you express your faith, but demands that you place loyalty to it above Christ?

Willi Kothe’s Struck Down But Not Destroyed tells the story of the Salvation Army in Nazi Germany, and shows the way that the Nazi government gradually increased its restrictions on religious freedoms as part of its quest to control every aspect of people’s lives.

As you read the accounts of how Salvationists first tried to find ways to continue their charitable works and keep the organisation from disappearing, and how their refusal to compromise their core beliefs increasingly put them at odds with the Party apparatus, there is a real sense of increasing danger as the Nazis shed their façade of normalcy and disobedience literally became a matter of life and death.

While the Nazis first claimed to support Christian values, it soon became clear that their Christianity had no relation to the real Gospel – and, in fact, the truth that the Army preached was a threat to their authority.

While in the end it became a simple black and white choice for Christians living in Germany at this time, it is the gradual creep of what was being asked of them and the temptation to compromise of the early years that we can all take lessons from, no matter what sort of country we live in. And seeing God at work, and story after story of what can only be divine intervention when all hope seemed lost, speaks to us across the years.

While Kothe’s book is a little disorganised in places and doesn’t always have the rigour that historians might desire, the narrative is compelling enough that this can be overlooked. This book will appeal to a number of diferent readers, whether it is those simply interested in Salvationist history, anyone wanting an understanding of what day-to-day life was like in Nazi Germany, or those looking for inspirational proof of God at work even in the darkest moments of history.