You are here: Home › Reviews › Book Review The Gifts Of Imperfection By Bren Brown

Book Review: The Gifts of Imperfection by Brene Brown Book Review: The Gifts of Imperfection by Brene Brown

The 10-year anniversary of Brené Brown’s The Gifts Of Imperfection remains a life-changing resource, according to reviewer Phil Inglis.

With over 51 million views, Brené Brown’s talk, ‘The Power of Vulnerability’, is one of the most-watched presentations in the history of the TED conference. 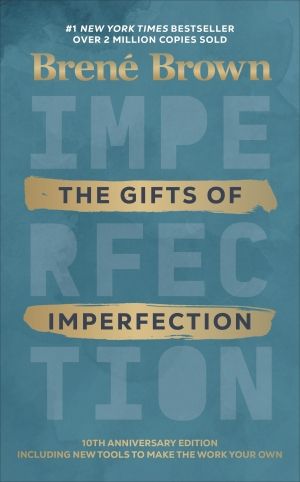 Brown collated and coded thousands of interviews, conversations and surveys and discovered that the most corrosive factor in human connection is shame. Shame is an emotion that lies at the very heart of all humanity and shapes the way we view and interact with the world (see Genesis 3).

To her surprise and dismay, she discovered that people who were resilient in the face of shame – people who lived truly wholehearted lives, were those who practised vulnerability. This discovery and her subsequent ‘spiritual awakening’ is described more fully in The Gifts of Imperfection. Step by step, Brown outlines 10 concepts, from her research, that people have integrated into their lives, to develop authentic, courageous lives.

2020 marked the 10-year anniversary of The Gifts of Imperfection and so publisher Hazelden has released an anniversary edition. Fortunately, the text remains unchanged from the original, but Brown has added an innovative scheme for integrating the ideas found in the book into everyday life, through clever note-taking and reflection. Having spent years pulling apart, noting, quoting and reflecting on different parts of this book, I can see the incredible benefit such a scheme would have been to start with.

This book transformed the way I understood myself and humanity, and therefore the way I understand how God works in and through humanity. I cannot recommend this book highly enough, not just as a good read, but as a life-changing read to be grappled with and integrated into the way you pursue righteous living, holy living. Or, as Brown puts it, wholehearted living.

The Gifts of Imperfection (10th anniversary edition) is available now at major bookstores and online.