You are here: Home › Reviews › Book Review The Lodge Stanmore By Beryl Lingard Stanmore House continues to be used as a place of ministry by The Salvation Army.

The Salvation Army has never indulged in giant cathedrals or religious shrines.

Its attitude to real estate is epitomised in the historic use of a heritage mansion at Stanmore, in Sydney’s inner west. 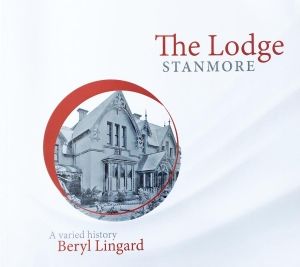 For well over a century this magnificent old building has exuded an ambience of peace and tranquillity in what is now, a very busy area.

Like many social complexes owned by The Salvation Army, the mansion has served as a centre of effective ministry throughout its lifetime in a variety of roles, often reflecting the changing needs of the community and the adaptability and pragmatism of the organisation.

From a refuge for prostitutes wanting to change their lifestyle, to a women’s industrial home for young female offenders and women on probation, to a home for children from dysfunctional families, and finally to a superb educational, training and conference facility.

The history of Stanmore House, as it is now known, reaches back to perhaps the most significant and influential era in The Salvation Army’s development in Australia; the leadership of Herbert Booth, son of the Army’s founders, William and Catherine Booth.

This book carefully traces the history and development, not only in a part of early Sydney, with its colourful and entrepreneurial characters, but also the growth of Salvation Army ministry across the wide expanse of Christian mission fields.

As you wander through the halls and rooms of this old building you sense an atmosphere of a bygone era, but perhaps more importantly, the surreal presence of struggling humanity and Christian compassion, epitomised by the common sense and practical use of bricks and mortar by The Salvation Army.