You are here: Home › Reviews › Book Review Where Soldiers Lie By Ian Mcphedran In his new book, journalist Ian McPhedran gives us a fresh perspective on what it looks like to honour the memory of fallen diggers. Photo by David Clode on Unsplash.

As we utter the sacred phrase “Lest we forget” this ANZAC Day, journalist Ian McPhedran begs us to remember the nameless soldiers who never made it home. 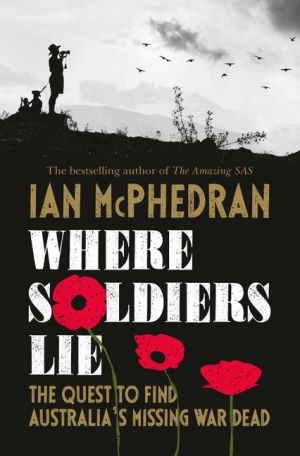 Best known for his work as a national defence writer for News Limited, McPhedran’s passion for recovering Australia’s missing war dead began when after he witnessed digger Jim Bourke’s painstakingly successful search for the remains of six Aussies listed as MIA (Missing In Action) from the Vietnam War.

Where Soldiers Lie – The Quest to Find Australia’s Missing War Dead opens a larger narrative, which details the efforts of every-day Aussies, veterans and members of the armed forces who are devoted to giving every soldier a proper burial.

Approximately 25,000 Aussie troops are yet to be identified across the globe, from battles in Korea to the Western Front, and New Guinea to Hanoi. McPhedran recounts his literal and metaphorical journey of travelling beside the people committed to letting our diggers souls rest. This includes Bourke’s story, who sought out his six fallen comrades as a way to overcome his inner demons decades after the Vietnam war ended.

We hear about the fiercely driven retired art teacher Lambis Englezos, who almost single-handedly identified the mass grave of Aussie soldiers lost at the battle of Fromelles in World War One. And we learn from public servants who coordinate efforts with international agencies and small villages to restore peace across enemy and civilian lines years after war has ended.

The scientific and anthropological detail is overwhelming, and we are taken step by step through the process of identifying unrecovered war casualties. But it’s McPhedran’s ability to tell our diggers’ stories – through data, conversations with loved ones and astute observation, that will make you pause and tear up.

A fitting and important tribute and call to action for Australia in 2020.