You are here: Home › Reviews › Book Review William Booth The General And His Army

Book review: William Booth, The General and his Army Book review: William Booth, The General and his Army

William Booth: The General and his Army is a rigorous, reinvigorating, riveting story of the often rambunctious William Booth, Catherine, their family and The Salvation Army.

There’s so much to say about this latest two-volume history of William Booth and so few review words available. 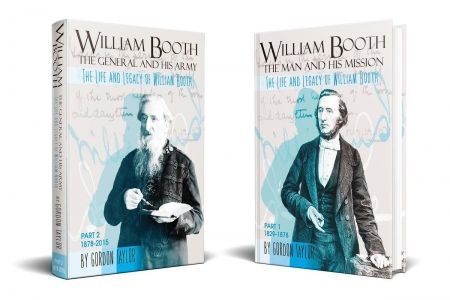 My recommendation is that all mission expressions of The Salvation Army should have at least one copy of this rigorous, reinvigorating, riveting story of the often rambunctious William Booth, Catherine, their family and The Salvation Army.

There is a massive amount of mission-inspiring gold in these pages. I know that, for many, 900-plus pages may seem like a ridiculous amount of reading in this age of the ‘bite size’.

But I urge you to give it a go – even if you just flick through the contents and read the chapters that sound interesting to you.

My belief is that, like me, you will be quickly caught up by God’s Spirit in this enthralling, meticulously researched warts-and-wonder experience.

Courage, passion, guts, sacrifice, controversy, love, pain, God-centric, innovation, determination, arguments and downright stubbornness in bringing everyone in the world to an encounter with the life-saving, love-giving Saviour Jesus are just some of the inspiring ‘sound bites’.

My emotions were deeply moved as I reflected on how William and Catherine achieved so much in God’s strength despite numerous bouts of intense illness and hardship.